Boy are you all in for a treat with this series.  This was Monica’s first series where the characters are not siblings.  These books were not released back to back (groan of agony for those of us not use to waiting for the next books to come out).  I can’t begin to describe how awesome this series is so far and the idea is wonderful.  Here is an introduction to the Highland Guard series in the words of Monica herself (this is from her website):

What’s sexier than a man in a kilt? How about Special Ops in kilts. The
Highland Guard series marries Monica’s love of strapping, sexy Highland
warriors with her other love for navy SEALs and black ops. Think

Where the legend of the Highlander began… Journey back to
the time of Braveheart, when Scotland was fighting to free itself from
English tyranny, and Robert the Bruce was fighting for a crown. To
defeat the superior forces of the heavy mounted English knights, Bruce
knows he needs a new kind of warrior. He looks to the barbarian lands,
to the most feared warriors in Christendom, to the ultimate guerilla
fighter . . . to the Highlander.

Scouring the darkest corners of the Highlands and Western Isles, Bruce
handpicks eleven warriors to form a secret elite fighting force like
the world has never seen. They are the ultimate “Special Forces,” the
best of the best, chosen for their superior skills in each discipline
of warfare and brought together into one elite fighting force known as
the HIGHLAND GUARD. Bound together in a secret ceremony, they are a
phantom force, identifiable only by their extraordinary skills, their
war names, and the lion rampant tattooed on their arm.

Vowing death before surrender, Bruce’s band of shadow warriors will
stop at nothing but invincible warriors will face the one thing they
can’t defeat: love, and the remarkable women who claim their hearts.

Suzanne Brockmann meets Braveheart.
Ahhhh…now doesn’t that sound wonderful?  There 11 men who have joined forces with Bruce and these are their stories.  Click here for the names of these men and all the 411 on these sexy men.  Click here to go to the special features for this series.  This is where you’ll find all the pics and deleted scenes from this series so far.
Get ready to meet the first 3 hunks of the Highland Guards: 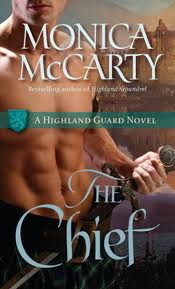 Hero: Tor MacLeod (aka “The Chief”)
Heroine: Christina Fraser (aka Tina)
Book 1 of the Highland Guard series
The ultimate Highland warlord and a swordsman without equal, Tor
MacLeod has
no intention of being drawn into Scotland’s war. Dedicated to his clan,
the fiercely independent chief answers to no one—especially not his alluring
new bride, bartered to him in a bid to secure his agreement to command the deadliest
fighting force the world has ever seen. The treacherous chit who made her way
to his bed may have won his hand, but she will never claim his heart.
Although her husband’s reputation is as fierce as his manner, Christina
Fraser believes something softer hides beneath his brutal shell. But the only
warmth she feels is in their bed, in the glorious moments of white-hot desire
that disappear with the dawn. When Christina’s reckless bid to win her husband’s
love goes awry and thrusts them into danger on the eve of war against England,
Tor will face his ultimate battle: to save his wife and open his heart—before
it’s too late.
Click here to read an excerpt of this book.
***************************************************** 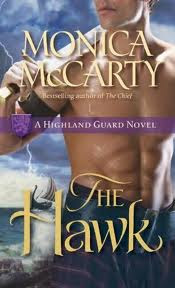 Book 2 of the Highland Guard series
Erik MacSorley is unrivaled on the seas, a brilliant seafarer who has never
encountered a wind he could not harness nor a woman he could not win—until
he drags a wet, half-naked “nursemaid” out of the waters off
the Irish coast. Ellie’s ordinary appearance belies the truth: she
is in fact Lady Elyne de Burgh, the spirited daughter of the most powerful
noble in Ireland, and a close ally of the English king. Worse, this confounding,
fascinating, irresistible woman is determined to prove herself immune to
his charms—a challenge he cannot resist.
Her captor may look every inch a powerful, rugged warrior, but Ellie vows
it will take more than a twinkle in his blue eyes and a wickedly suggestive
caress to impress her. Erik is as wild and untamed as the wind, sweeping
away her resistance with a desire that resonates deep within her heart. Still,
he is a man driven by loyalty, and she is a woman with secrets that could
threaten his mission and jeopardize Bruce’s chance to reclaim his throne.
As the battle for king and country sounds across the shores, will Ellie’s
love be enough to finally tame the legend known as the Hawk?
Click here to read an excerpt of this book.
***************************************************** 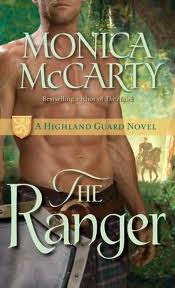 Hero: Arthur Campbell (aka “The Ranger”)
Heroine: Anna MacDougall
Book 3 of the Highland Guard series
Embedded deep behind enemy lines, Arthur “Ranger” Campbell
is Bruce’s secret weapon as he wages his final assault on the enemies
who stand against him. Recruited to join the Bruce’s secret elite
fighting force for his prized scouting skills, Arthur’s razor sharp
senses and ability to blend into the shadows make him the perfect spy.
But when this shadow warrior must infiltrate the clan of the chieftain
who murdered his father, his heart is locked on revenge. Inside he
faces unexpected resistance from the sweetest of obstacles—a
honey-haired siren who is his enemy’s daughter. But the vivacious,
enchanting Anna MacDougall is a woman whose skill at uncovering deception rivals his own.

Intrigued by this ruggedly handsome newcomer to her father’s forces,
Anna accepts the challenge his determined indifference to her arouses.
Though anxious for the war to end and yearning for a quiet life with a
good man to love, Anna is drawn to this mysterious knight whose eyes
devour her but whose words push her away. But as danger, treachery, and
the threat of looming war draw them closer into each other’s passions
and secrets, a warrior made of steel must make a choice from the heart:
love or revenge.