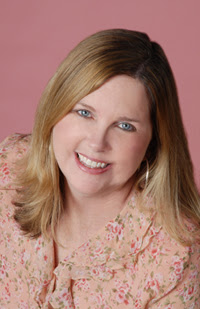 Good morning everyone!  I’d like to welcome author Marie Force to As the Pages Turn today. Marie is the author of FATAL AFFAIR (June 2010) and FATAL JUSTICE (Jan. 2011), Books 1 and 2 in her new Fatal Series from Harlequin’s Carina Press. Book 3, FATAL CONSEQUENCES, is coming in July 2011, FATAL DESTINY in September 2011 and FATAL FLAW in February 2012. “This novel is ‘The O.C. does D.C.,’ and you just can’t get enough.” (RT Book Reviews, 4.5 stars for FATAL AFFAIR). In its July 2010 issue, RT Book Reviews named Marie a “Future Star of Romantic Suspense.”

Marie is the author EVERYONE LOVES A HERO (Feb. 2011), LINE OF SCRIMMAGE (Sept. 2008) and LOVE AT FIRST FLIGHT (July 2009). Of LINE OF SCRIMMAGE, Booklist said, “With its humor and endearing characters, Force’s charming novel will appeal to a broad spectrum of readers, reaching far beyond sports fans.” Wild on Books said, “LOVE AT FIRST FLIGHT by Marie Force is most definitely a keeper. It is an astounding book. I loved every single word!” Marie is also the author of TRUE NORTH and THE FALL, available as ebooks via Amazon.com and Smashwords.

Since 1996, Marie has been the communications director for a national organization similar to RWA. She is a member of RWA’s New England, From the Heart and Published Author Special Interest Chapters.

While her husband was in the Navy, Marie lived in Spain, Maryland and Florida, and she is now settled in her home state of Rhode Island. She is the mother of Emily, 15, Jake, 12, and a feisty dog named Brandy.

Marie is a newly discovered author for me this year.  I’m slowly but surely catching up on her books and I have enjoyed the ones that I’ve read so far.  I am happy to welcome her here to the blog today.  Here is our Q&A session.  Enjoy!

To learn more about Marie and her books click on the following links:

Here are the books in her Fatal series: 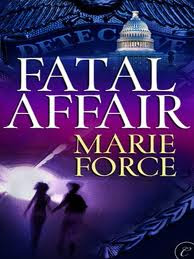 Book 1 of The Fatal series

Washington, D.C., Metro Police Detective Sergeant Sam Holland needs a
big win to salvage her career—and her confidence—after a disastrous
investigation. The perfect opportunity arises when Senator John O’Connor
is found brutally murdered in his bed, and Sam is assigned to the case.
Matters get complicated when Sam has to team up with Nick Cappuano,
O’Connor’s friend and chief of staff…and the man Sam had a memorable
one-night stand with years earlier. Their sexual chemistry still
sizzles, and Sam has to fight to stay focused on the case. Sleeping with
a material witness is another mistake she can’t afford—especially when
the bodies keep piling up. 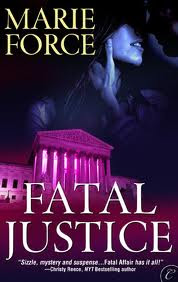 Book 2 of The Fatal series
Cover Blurb:
She looked into the dead face of the man she’d dined with the night before
Standing
over the body of a Supreme Court nominee, Lieutenant Sam Holland is
hip-deep in another high-profile murder case. The fact that she was one
of the last people to see Julian Sinclair alive just complicates things
even more. On the plus side, her relationship with Senator Nick Cappuano
is heating up—but it’s also attracting a lot of unwanted media
attention and blinding flash bulbs.

The pressure is on for Sam to
find Sinclair’s killer, but a new lead in her father’s unsolved shooting
puts her in unexpected danger. When long-buried secrets threaten to
derail her relationship with Nick, Sam realizes that while justice can
be blind, mixing romance with politics has the potential to be fatal… 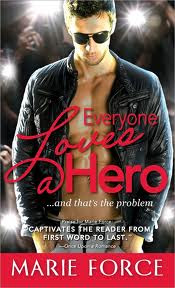 Fame has its perks…
Reluctantly
famous, First Officer Cole Langston finds being in the spotlight has
its advantages-until he meets Olivia. Having women throw themselves at
him everywhere he goes becomes a serious problem when he’s trying to
convince her she’s the one…
And its price…
Olivia
has trouble trusting a guy like Cole, and everywhere she turns she sees
reasons to run. But he’s the only man who’s ever seemed to understand
her as an artist and as a woman…
Cole is working overtime to
prove to Olivia that he’s serious, but her deep seated mistrust and his
entourage of unwelcomed fans may be more than they can overcome…