Good morning peeps!  I’m excited to be part of the blog tour pimping out Roxanne St. Claire’s two latest books released and releasing the month of April from her Guardian Angelinos series.  Shiver of Fear the 2nd book in this series just released on April 1st and Face of Danger the 3rd book will be releasing on April 26th.  Via Roxanne’s website this series is about a Boston-based family that flies under the radar of the law to  solve
crimes, save lives, protect the innocent, and take down the guilty. This
team of rule-breaking, risk-taking, wave-making siblings and cousins
aren’t afraid to get into the face of criminals as one of the toughest,
grittiest security and PI firms around. This close-knit clan of
protection, investigation, law enforcement, technology, weaponry, and
legal experts all have one simple creed:  The good guys win and the bad
guys get the holy hell kicked out of them.
In every stand-alone romantic thriller,
readers can expect non-stop adventure, heart-wrenching romance,
breath-taking settings, and unforgettable love stories.  The Angelino
and Rossi cousins are fearless on the outside, but each has a chink in
their tough armor, and only one person can help them overcome their
weakness…to find love that lasts forever.

Doesn’t it sound good?  I love books that feature some type of hero in a uniform whether it be a cop, soldier, firefighter…etc!  There’s something about a man in uniform and all that authoritative aura of power surrounding them that gets to me everytime.  I posed this question to Roxanne and asked her to tell me “Why
does she think the romance world has such a fascination for men in
authoritative position (ie cops, FBI, CIA..etc).  Is it the badge, the
uniform, the air confidence or something else?” and here is what she had to say! 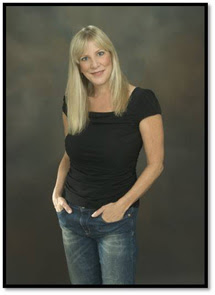 The Appeal of a Man In (and Out) of Uniform
I’m so happy to be here at one of my favorite blogs to talk about men.  Men in uniform.  Or (if it’s Man Candy Monday) men out
of uniform.   I write a lot of law enforcement and military types as
heroes – FBI agents mostly, but also a few cops and the occasional CIA
agent, as well as former Army Rangers, Navy SEALs, and one pretty hot
special forces Tasmanian.  So, I’ve given a lot of thought to why a man
in a position of power and authority is dead sexy.
First
of all, he’s fearless.  Whatever badge he carries, however big his gun
(very!), no matter what the color of that uniform, it represents a man
who has agreed to walk headlong into danger to save another person.  So
he’s a protector, trustworthy and true, and what is more attractive than
that?
He’s
always on the side of the angels….which is especially fun if he has a
devilish streak.  Even if he’s undercover with the vilest drug dealer in
Colombia, his heart is in the right place and he’s a good guy.   To get
into that job in the first place, he had to be intelligent, confident,
courageous, and a little bit adventurous.  There are so many intangible
traits associated with law enforcement, and every one is  something that
we like in a man.
The
real trick for a romance writer is to make the man in uniform just a
little bit dangerous.  There’s nothing sexier than a bad boy in a good
man’s uniform, or one who will take risks, or has unexpected tricks to
foil the bad guy.  But, let’s face it, when he gets out of his uniform,
that’s when we love our FBI agents and cops the most…especially when
they are a little vulnerable and desperate.
When
the right heroine comes along and does that to a man, you’ve got a
mesmerizing reading experience.  That’s why, time after time, I write
about a man in authority brought to his knees by a woman who needs him
and wants him and makes this powerful man utterly weak for how much he
needs and wants her right back.
In
both of my books released this month, I think readers will find plenty
of that magic formula.  Marc Rossi in SHIVER OF FEAR is a former FBI
agent who wants back in the game in the worst way.  But since he was
forced to quit the Bureau because of a woman, he is extremely hesitant
to put himself back in that same situation again.  Working as a
consultant to the FBI, he has to find a widowed socialite who is a
“person of interest,” and when he does, all of his protective, fearless,
and vulnerable sides come raging forward and causing all kinds of
problems for both of them.
Back
to the FBI again in FACE OF DANGER, and this time Colton Lang is the
special agent who has to deal with desire, danger, and deception getting
in the way of his job…and threatening the life of a woman he has grown
to care about deeply.
I
love my men in their uniforms…and I love to strip those uniforms off,
bare their, um, secrets, and get in all kinds of trouble with their big
guns.  You with me on this?
***********************************
I couldn’t agree more Roxanne, about stripping them out of their uniforms. LOL!  Great post and great points!  I love your answer! So are you all interested in checking out this Boston based family that heads into danger?  Well you are in luck peoples!  The wonderful and awesome peeps at Forever Romance an affiliate of Grand Central Publishing is offering copies of both Shiver of Fear and Face of Danger to THREE lucky readers of the blog.  If you are interested in winning check out the rules and details below:

Rules and Details for Giveaway:


To learn more about Roxanne and her books check out the links below:
Now check out more details of the two books up for grabs below: 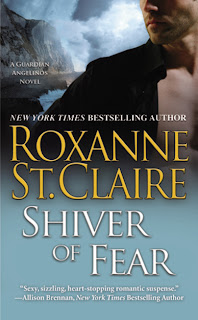 Book 2 of the The Guardian Angelinos series / Click HERE to read an excerpt of the book
Cover Blurb:

The legacy that haunts her . . . The mystery she must solve . . . A
man who threatens to reveal her secrets . . . and break her heart.
Burned by a failed marriage, former FBI agent Marc Rossi wants back in
the investigation game with no emotional strings attached. Taking an
assignment for his enterprising Angelino cousins, he heads to Northern
Ireland to pry a key piece of evidence from a missing socialite-any way
he can.

But when the ice queen turns out to be warm, beautiful, and on a
secret mission of her own, the job becomes a passionate reminder of
what happens when duty and desire mix. 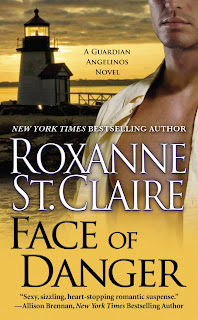 
Cover Blurb:
Private investigator Vivi Angelino loves living life on the edge, but
stepping into the shoes of a movie starlet to bait a serial killer isn’t
just a thrill . . . it’s a ticket to the big time for her fledgling
security firm. That is, as long as a certain risk-averse FBI agent stays
out of her way-and out of her fantasies.

Assistant Special Agent
in Charge Colton Lang isn’t above using his well-worn rulebook to stop
Vivi’s latest walk on the wild side. But when they learn her client is
involved in something far more insidious than bad acting, Vivi and Colt
must work together despite the electrifying attraction arcing between
them. For each new clue is bringing them closer to a high-profile crime
with a dark and deadly truth at its core . . . and a cold, calculating
murderer with nothing left to lose.