I have a wonderful giveaway for you all today courtesy of the fine folks from Forever Romance an affiliate of Grand Central Publishing!  Forever Romance is pimping the following three historical romances with this awesome tour and giveaway.  The fine folks are offering THREE lucky readers of this blog a chance to win a copy of ALL THREE books featured in this Historical Romance Blog Tour! Isn’t that freaking awesome or what?  Anyway here are the books up for grab! 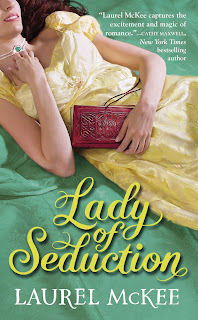 Book 3 of the Lady of Seduction series

It’s a mad, ill-advised
journey that leads the usually sensible Lady  Caroline Blacknall to the
legendary isle of Muirin Inish, off the  windswept coast of
Ireland.  Even so, she doesn’t expect to
find  herself shipwrecked and then rescued by a man she believed she would
never see again.  A man who, long ago, held her life in his  hands…and
with it, her heart.

Reformed rake Sir Grant
Dunmore knew he could never forget the  beautiful woman he once endangered,
nor will he ever forgive himself  for placing her in harm’s way.  But
history seems doomed to repeat  itself, for as long as Caroline stays on the
island, she is trapped  in a secret plot that could forever free Ireland–or
turn deadly for  all.  And yet, now that she is in his arms again, how can
he ever  let her go?” 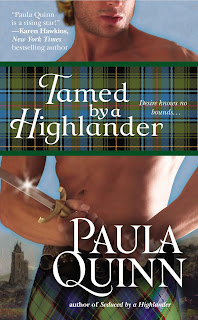 Book 3 of the Children of the Mist series

Connor Grant left his first love in the Highlands, vowing to
return after serving in the king’s army. Seven years later, he is still
fighting for the crown, and his victories are legendary-both in the
battlefield and in the bedroom. Yet he’s never forgotten his bonnie
lass. And he certainly never expected to see her amidst the splendor of
the British royal court: beautiful, breathtaking, and tempting him past
the point of no return.
A LADY’S DESTINY

The night he left, Mairi MacGregor banished Connor from her life
forever. Now her heart belongs only to Scotland. As part of a secret
alliance, she journeys to London in search of information . . . only to
find herself face to face with the one man she swore she’d never trust
again. Though Mairi’s body still craves Connor’s touch, she can’t
forgive his betrayal. But a traitor lurks in their midst and to protect
her beloved Highlands, Mairi must make a leap of faith and join forces
with Connor-even if it means losing her heart to him again. 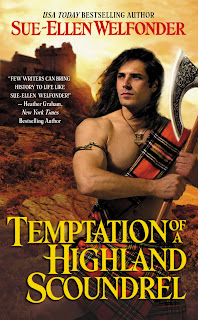 Book 2 of the Highland Warriors trilogy

Despite an official peace, old conflicts
smolder in the Glen of Many Legends.  Kendrew Mackintosh, Chieftain of
his clan, is famed as both a bold and hot-blooded warrior and a sensual
lover. He has no intention of settling down . . . until he kisses a
forbidden beauty whose passion matches his own.

Highborn and gently raised, Lady Isobel
Cameron has long harbored a secret fascination for the fearless,
charismatic Mackintosh—even though her brother is his sworn enemy. When
destiny draws them together for one night, she can’t resist him. But
what begins as a flirtation soon becomes a fight for survival. A deadly
new threat has come to the glen, and Kendrew and Isobel must learn to
trust and protect one another—or pay the ultimate price.

Do you wanna a copy of each book? Interested? If you are
interested in winning check out the rules and details below:

Rules and Details for Giveaway: