Here are some cover goodness of upcoming books I’m salivating for!

First up Taking a Shot! Let’s all take a moment to reflect on the sweaty man chest and give this cover it’s due respect! This cover is definitely lick-able, luscious and yummy. Anyway I’m so excited that the hero of the third book in Jaci’s Play-by-Play series is a hockey player. I don’t watch hockey but as a romance hero they’re pretty awesome!  It’s all Rachel Gibson’s fault I tell you! In the meantime Changing the Game book two comes out next Tuesday!  I can’t wait to find out more about Gavin. 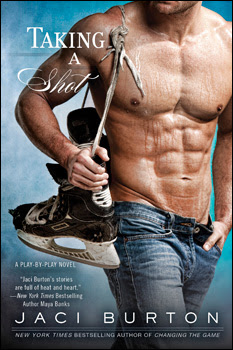 Blurb (via Jaci’s site):
If you want to score, you have to get in the game…

All bartender Jenna Riley wants is a chance at
living her own dream, which has nothing to do with the sports dynasty
that has made her family famous. Hockey player Ty Anderson might be the one man who can help give her exactly what she wants.
*********************************
Next I give you Lorelei James’s 3rd book in her Blacktop Cowboy series. I’m enjoying this series very much. Not sure about the cowboy on this cover. He looks a bit too skinny. I do love the rope in his hands. Gives a girl all sorts of thoughts about all the rope tricks he could do! If you haven’t read Lorelei’s other series called the Rough Riders you need to.  Love, love, love, love her McKay boys. 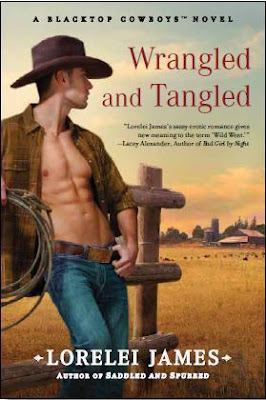 Blurb (via Goodreads):
Janie Fitzhugh and
Abe Lawson have long been divorced and living apart. Now she’s back in
town, a changed woman-making cattleman Abe want to wrangle an invitation
to her bed…

To get his dream ranch, Renner Jackson has partnered with spoiled daddy’s girl Tierney Pratt. She thinks she can handle this cowboy, but Renner won’t make it easy. Little do they know they will be entangled in ways neither dreamed possible.
*********************************

Teresa Medeiros has a new historical coming out that sounds like it’s going to be an angsty book.  I enjoy her historical romances so I can’t wait for this book.  I really love this cover!  The purple and red together just makes it pop. 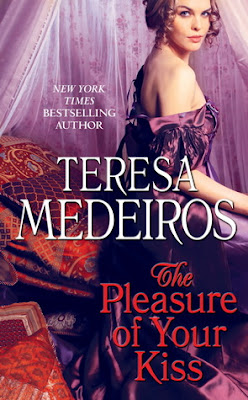 Releases January 12, 2012
Blurb (via Teresa’s site):
Ashton Burke is a legendary adventurer who has spent the past ten years
roaming the globe to forget the girl he left behind. His devil-may-care
life is interrupted when he’s hired to rescue his brother’s kidnapped
fiancée from a sultan’s harem. Too late, he discovers she is none other
than Clarinda Cardew, the very same girl who made off with his jaded
heart a decade ago.

The last thing Clarinda wants is to be trapped in a palace of sensual
delights with the man whose irresistible kisses still haunt her
sleepless nights. Although he vows he is only doing his job, Clarinda
quickly realizes that allowing Ashton to rescue her may put her yearning
heart in even greater peril. In a journey that takes them from the
delicious intrigues of a sultan’s court to the glittering ballrooms of
London, Ashton and Clarinda resume the steps of their dangerous dance
only to discover the most seductive pleasure of all may be love itself. 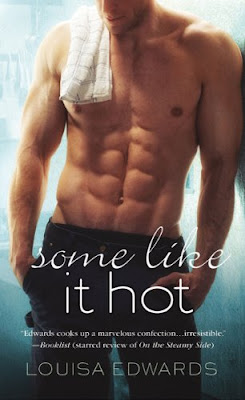 Book 2 of Hot Trilogy
Releases December 2011
No blurb yet that I could find!  So let’s just continue to admire the cover! 🙂
*********************************
This is another great series that I’m enjoying alot.  Toni Blake is another auto buy author for me. I really love this cover.  No eye candy anywhere but I love how looking at this cover makes me so ready for the holidays.  I feel like drinking a nice cup of hot chocolate! 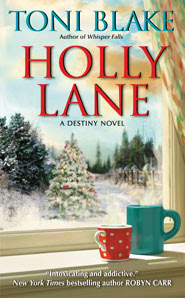 Book 4 of The Destiny series
Releases November 2011
No blurb yet that I could find for this book either so may I suggest you go back and admire Taking a Shot and Some Like it Hot covers! What?
*********************************
So I’ve never read this author before but this cover totally caught my eye! Reminds me a little bit of the star of Man vs. Wild.  Cover boy looks nothing like hottie Bear Grylls but it’s that whole aura of I’ll do anything wild to you in the wilderness! Anywhoo–if you’ve read her before let me know what you think! 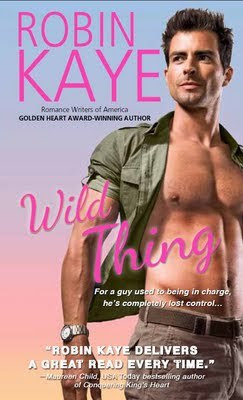 When
Hunter finds Toni’s book on how to marry the man of your choice, he
studies it as a joke. Before long Hunter realizes he’s never cared
enough for a woman to bother working this hard to get her. But the last
man in the world this city girl wants is a Survivor Man wannabe…
*********************************
Well that’s the cover goodness for this week. Lots of great reading ahead it seems.  I seriously want these books already!  What cover goodness have you found lately that I need to know about?