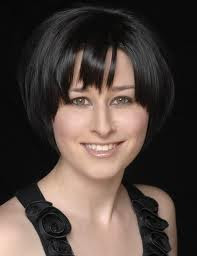 Good afternoon peeps! I’d like to welcome Lucianne Rivers to ATPT today!  Lucianne is here this morning to tell us a bit about her romantic suspense series The Caldwell sisters.
Ing: Welcome Lucianne, to the blog! You have a new series that just released from Entangled publishing called the Caldwell sisters series. Can you tell the readers in your own word a bit about the books and what they can expect plot, sexiness, length wise.

Lucianne: Each novella is about 20K in length and tells the story of each individual sister as they travel across the world in search of the father they thought dead, finding love and danger on the way. These are sensual romance, except for the final installment, ENTICE ME, which is a little sweeter.

Ing: Can you tell us a about the each sisters. What do you think will draw the readers in and make them love each of their stories?

Lucianne: Each one is different. Jane is well-dressed and out of her depth, Margo is a kick-ass police officer who braves her fear of open water to save her new lover, and Allison is the baby of family who melts the heart of a battle-worn ex-Navy SEAL. All of them have drive and devotion to family. These are women worth spending time with.

Ing: Now tell us a bit about the men who ends up capturing and winning these ladies hearts? What about these sexy men do you think will draw the readers in and make them love these men?

Lucianne: Bachelor #1: Harrison DeNeuve. Aged 38. Real name Cady Hewes. Retired eighties teen movie star who lives in a lakeside cabin near El Remate, Guatemala. Works from home as a songwriter for big-name US bands while avoiding any attention from the US media. Does kettle-bell workouts in his own back yard. Has abstained from meaningless sex for at least four years in order to make up for his many youthful exploits. Keeps the cabin clean. Knows how to cook. Dark brown, shoulder-length hair. Brown eyes. 6’2” and muscled. Fluent Spanish. Has been known to serenade the women he’s loved on his Fender guitar, and is a sucker for rescuing a damsel in distress. Sexy as hell. Bachelor #2 Adrian Prince. Aged 24. Has his own boat and Captain’s license. Lives aboard the Maria and runs a tourist ferry out of St. Thomas, VI. Former college footballer, and newly single. Mature for his age. A regular gym-body, he’s got the pecs to show for it. Killer smile. Brown, short hair. Blue eyes. Strong jaw. Likes older women. Appreciates physical and mental strength in a lady. Loves the outdoors and is a bit of a survivalist. Will help out a friend in need. 6’4” tall. Broad, athletic shoulders. Tan. Yummy. Bachelor #3 Robert Rivera. Aged 41. Hispanic, from Northern New Mexico. Originally a farm-boy, he joined the Navy and became a Navy SEAL, retiring six years ago. Known as the “sole survivor” of a botched mission in Afghanistan in 2005, he has given up a career in the military in favor of owning his own private detective agency. Having seen his entire SEAL team gunned down by terrorists, he keeps his intimacy with others to a minimum, but his defenses could probably be melted by the right woman. 6’1” with superhero shoulders and arms. Gray eyes. Deep brown hair. Gruff, but mesmerizing.
Ing: Why is each couple perfect for each other? What about them individually makes them so drawn to each other? Why do you think the readers will fall in love with these couples?

Lucianne: Jane is cool enough to spark Harrison’s interest even though he has sworn off women. He’s mysterious enough to gain her attention, and handsome enough to make her heart flutter. Margo is up for anything and when Adrian Prince shows he can meet her more than half-way, she’s interested. He doesn’t play games, which she loves. Margo’s sexy as hell, which he adores. Allison is innocent enough to believe that her love for Robert will win out over his defenses and past, and even though Robert resists her charms, he can’t resist Ally’s devotion and will.

Ing: What was a scene that stood out or was memorable for you when writing this series? Why did this scene stand out for you?

Lucianne: Margo throwing the keys of a drunk driver into the ocean, calling the cops, then making a run for it so she could catch her flight.

Ing: What else can we look forward to from you? Could you give some details on these upcoming projects?

Ing: Now on to questions about you. We want to know more about Lucianne Rivers. What are some of your auto buy authors that you read now?

Ing: What was the first romance book you ever read? Do you still have the book on your shelf?

Lucianne: A Jude Deveraux romance. It was my babysitter’s daughter’s and I snuck a guilty read…
Ing: What was the best advice that you ever got from anyone in the writing industry that has stuck with you?

Lucianne: Go to savvyauthors.com and take some classes in craft.

Ing: If you could be one of your heroine for a day which one would you be and why?

Lucianne: Margo, but then, I am going to be her for more than a day!! Soon.

Ing: Ok I was browsing your site and can you tell us a bit more about the Olympic style weightlifting that you are a champion at? I think that’s so cool. How did you get started and how much is it that you can lift?

Lucianne: That’s a funny story…My gym specialized in that type of weightlifting so I decided to train for it and compete at state level. There were only two of us in our weight class it turned out, and then later we discovered the other lady was actually in a different class. I defaulted to gold! 🙂

Ing: If you weren’t writing what else would you be doing right now for a career?

Lucianne: I would be a police officer…
Ing: Lucianne thanks so much for stopping by today! I really appreciate you answering all these questions. Do you have any last words or questions you would like to pose to the readers of this blog?

Lucianne: I’m always interested in how my readers are doing in terms of falling in love and staying in love. Any unusual dating or courtship stories? Those are great! Thanks for having me by today. Lucianne

Wow Lucianne!  Good luck with the whole police career.  Very admirable!  Now if you are interested in checking this series out we have an eARC copy of the series to give out to one lucky reader of the blog!

To learn more about Lucianne and her other books visit her website at http://www.luciannerivers.com/. 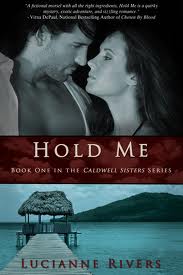 Book 1 of the Caldwell Sisters

Still reeling from her mother’s death, news anchor Jane Caldwell’s life is upended further when she learns the father she lost twenty years ago is still alive. Her mother’s will unleashes a manhunt—the Caldwell sisters must find their father, or their mother’s estate will not be settled, and their questions about his disappearance will remain unanswered.

Jane’s search leads her to Guatemala to investigate a man who claims to be her father and heir to the family fortune. Needing a translator, she enlists enigmatic Harrison DeNeuve, a sexy ex-patriot with a penchant for wearing dark sunglasses in public.

As Jane struggles to reunite with her would-be father, Harrison fights to suppress his desire for Jane. He has a secret—one he’s sequestered himself in a third-world jungle hideaway to keep safe—and falling for Jane puts more than his heart at risk.

Jane finds two men in Guatemala—a father and a lover—but can she trust either of them? 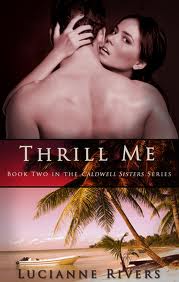 Book 2 of the Caldwell Sisters

Santa Fe Police Detective Margo Caldwell needs a vacation, but the wild goose chase her mother’s death triggers isn’t quite what she had in mind. Margo and her sisters must locate their father, or the Caldwell estate will remain unsettled—and they’ll never know why their father didn’t return from the Gulf War.

Pursuing a lead, Margo heads to the Virgin Islands in search of Zach Caldwell. To navigate the waters of the Caribbean, she needs a boat and a captain. Too bad Captain Adrian Prince, with his mesmerizing muscles and wicked grin, may be gunrunner.

Adrian takes Margo on his delivery route to small islands near St. Thomas that hide more than wildlife, booze, and sexy boaters. On a remote, mangrove-ridden patch of sand, they find gun-toting Zach Caldwell. When their mission turns deadly, Margo must save Adrian’s life—and her own—even if she loses her heart in the process. 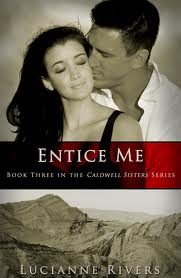 Book 3 of the Caldwell Sisters

Heartsick over the untimely death of her mother, Allison Caldwell is blindsided again by the secret revealed in her mom’s will. Her supposedly dead father is alive, and she and her two sisters must find him in order to settle the Caldwell estate.

Robert Rivera, private investigator and former Navy SEAL, alerts Allison to new intel identifying her father as a P.O.W. in Afghanistan. With her sisters out of the country pursuing leads, Allison insists on heading to the war-ravaged country to find him. Robert doesn’t want his naïve client to take the risk. He knows what danger lays in that godforsaken land…he’s lived through it. Barely.

But Allison is determined to go, and Robert can’t let her travel alone. Reluctantly appreciative, Allison quickly realizes how much she needs his guidance and protection, and how deeply she longs for his love. Robert struggles to understand her effect on his battle-weary heart.

The path to Allison’s father is blocked by terrorists, traps and treachery—all demons of Robert’s past. Can he survive a second round with the enemy and keep Allison out of harm’s way?