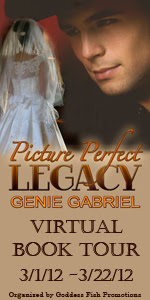 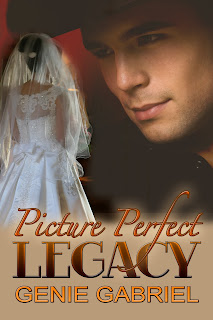 Blurb:
Social worker Marly O’Shea is determined to find the birth mother of a stolen baby, which leads to Halo, Oregon, and an “accidental” marriage to Deputy Dawson Browning. Haunted by memories of an abusive childhood, Dawson vows to protect this child from a similar fate. Marly and Dawson’s conflict over the best home for the baby changes to teamwork when crimes linked to the child hit small-town Halo. As they track an elusive villain, they must also decide if their partnership can be personal as well as professional.
Purchase Link: Amazon / Rogue Phoenix Press

Excerpt:
Dawson watched the exchange between Marly and her brothers with interest. He didn’t grow up with a bunch of brothers involved in each other’s day-to-day lives.
“There’s an old Irish custom that might be of help in this situation.” Patrick stood, gaining the attention of everyone in the room. “When a man expresses an interest in an Irish lass–you are interested in Marly, aren’t you, Mr. Browning?”
“Very much so.” Dawson wondered what trick this seemingly easygoing priest would pull out of his vestments.
“Irish custom states when a man declares his intent to court a lass, he must meet certain requirements from the lass’ immediate family.”
“You’re all adopted and we’re not Irish,” Marly stated.
“Ah, lass, you wound me.” Patrick placed a hand over his heart. “We are family in action and Irish in all ways that matter.”
“Spare me the theatrics.” Marly rolled her eyes.
“The right of refusal belongs not to the lass, but to the prospective groom.” Patrick turned to Dawson. “Arise, my son.”
Slowly, Dawson stood, feeling like a small child caught stealing from the church plate.
“For the honor of courting this fair lassie, you will be required to meet a challenge from each of her seven brothers–“
“No.” Marly placed herself between Dawson and her brothers. “I will make the decision of who I marry.”
“I can beat these wimps at their own games,” Dawson declared.
Marly groaned as her brothers’ eyes lit with anticipation of the game begun.
About Author:

For years I’ve been
fascinated by the puzzle of why some people collapse under life’s traumas and
others emerge triumphantly stronger. In a job surrounded by social workers and in my personal life, I saw the
effects of abuse, incest, and violence. Yet amid the stark realities of
addictions, anger, abandonment, denial and betrayal shone the bright light of
strength, hope and forgiveness. These triumphs of the human spirit over the
ugliest of adversities became the basis for my stories. My passion for writing
romance stories became an outlet for the powerful messages that people can
overcome great difficulties, and that true love can turn life’s heartaches into
happily ever after.
Website / Legacy Blog / Rogue’s Angels

Giveaway Details:
Genie is giving away a $25 Amazon GC to ONE randomly drawn commenter during this blog tour and $10 GC to Powells Bookstore to ONE commenter at every tour stop.  So please be sure to leave a comment here at ATPT and follow this tour along and leave comments at the other tour stops for a better chance at winning. Click HERE for the other tour stops.