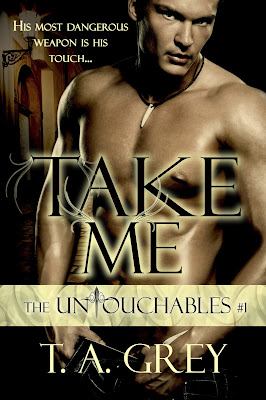 
But she’s not his bruid


The woman he’s mistaken as his bruid is none other than the event planner, Felicity Shaw, for his mating ceremony. Now Dominic will do everything it takes, even lie to the woman he craves, to keep her at his side. He needs to mate with his bruid in order to win his political campaign but he finds himself falling in love with Felicity Shaw. In the end he must choose between work or love. He may make the right decision, but is it too late to save his lies from hurting Felicity?


He takes her breath away


Felicity Shaw wants more in life. She’ll even lie to get it, which is exactly how she lands a job with the illustrious Blackmoore family. However, it’s the head of the vampire household, Dominic Blackmoore, that has her heart racing and breath catching. The man consumes her unlike anyone ever has before. She can’t resist him though she tries. As she’s forced to work with Dominic she tries to keep away from him but he doesn’t make things easy.


She may want him with a passion she’s never experienced before, but she will not be with him when he’s mating to another woman. It’s either her or no one. But one terrible lies seals their fates together in ways neither of them imagined, threatening their love and the very fabric of their relationship.
Check out the excerpt:

I love to write the kind of stories that will keep you up late at night and make your heart pound. It’s my goal in writing to make each new book better, more exciting, more action-packed, not only to test myself as a writer but to keep thrilling you. I’m always trying to push the boundaries with my imagination, and yours, to create something new and different. 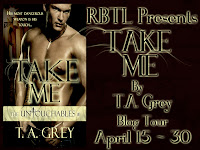