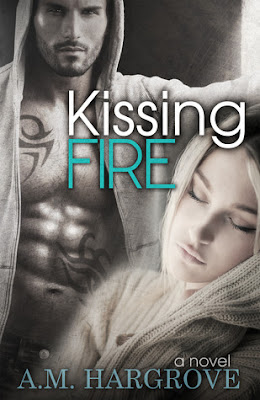 
Preston Mitchell’s life as an undercover DEA agent has never allowed him to have a normal life. He’s never considered a relationship with a woman until he meets Avery Middleton.


To an outsider, Avery has it all…wealth, family connections and a great job. But things aren’t so great on the inside. She decides to take a chance and make a new start three thousand miles from home and steps right into the arms of hot and sexy Preston.


Unfortunately for both of them, Avery ends up being in the wrong place at the wrong time and is now running for her life. Fortunately, she has a gorgeous DEA agent protecting her. In the midst of all the chaos, they find themselves irresistibly drawn to each other. But Preston carries more than his share of mental baggage, courtesy of his job. Even so, Avery rocks Preston’s world because she is nothing like anyone he’s ever met and something extraordinary begins to happen between them. But can their love survive in this world, where danger, intrigue and deception lurk on every corner?

Kissing Fire is a spinoff from the Edge Series and those books originated in Charleston, SC. While the Middleton name does exist and is synonymous with one of the founding families of that city, all the characters in the books, namely Avery Middleton and her family, are fictitious.


All the landmarks and restaurants in the books from Charleston are real, except I changed most of their names, with the exception of Home Team BBQ. That was one I simply couldn’t compromise on.


Avery has a love for skiing and Vail, CO specifically. She gets that from yours truly. Snow skiing is one of my passions. I have to rein myself in when I write about it because I have a tendency to get very techie on the subject.


In Kissing Fire, Avery and Preston ski out of the Vail in bounds ski area, by way of the Minturn Mile. That actually does exist and if you know where to find it, you can ski all the way into the small town of Minturn. It’s about four miles long though, so the name is a misnomer. There is a place there called the Minturn Saloon too.

Follow the tour and visit the other blogs for reviews, guest posts and excerpts. Click the tour banner for the other stops in the tour!  Good luck. 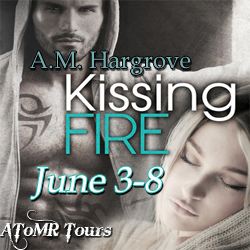 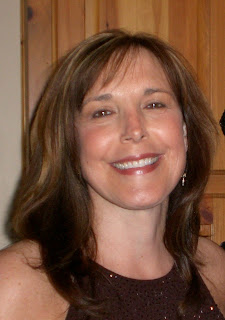 One day, on her way home from work as a sales manager, A. M. Hargrove, realized her life was on fast forward and if she didn’t do something soon, it would quickly be too late to write that work of fiction she had been dreaming of her whole life.  So, she rolled down the passenger window of her fabulous (not) company car and tossed out her leather briefcase.  Luckily, the pedestrian in the direct line of fire was a dodgeball pro and had über quick reflexes enabling him to avoid getting bashed in the head.  Feeling a tad guilty about the near miss, A. M. made a speedy turn down a deserted side street before tossing her crummy, outdated piece-of-you-know-what lap top out the window.   She breathed a liberating sigh of relief, picked up her cell phone and hit #4 on her speed dial.


A.M.:  Er… right.  Well, I’m calling to let you know you can pick up my luxury Ford Focus at Starbucks near the interstate.


Boss:  Why ever would I want to do that?


A.M. hit the end button and speed dialed her husband.


Hubs:  Sure… Having some car trouble?


A.M.:  It’s time for a new career and I am going to be a very famous novelist.


So began A. M. Hargrove’s career as a YA/NA and Adult Romance writer! Her books include Kissing Fire, Edge of Disaster, Shattered Edge, the series the Guardians of Vesturon (Survival, Resurrection, Determinant, Beginnings and the upcoming reEmergent) and Dark Waltz.

EVENT GIVEAWAY (Tour wide) – The author is giving away the following prizes below.  This giveaway is administered and monitored by the author.