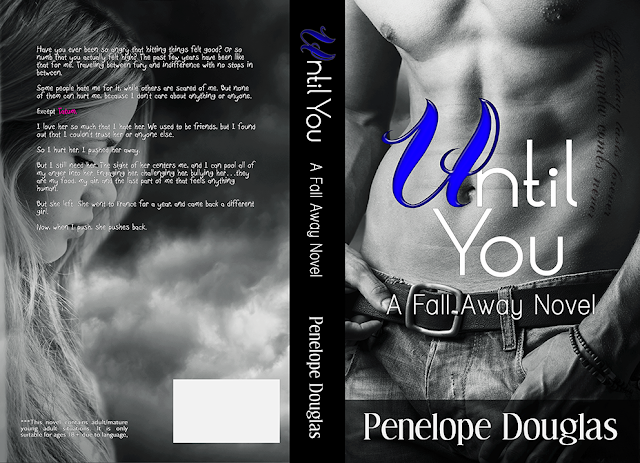 Book Blurb:
Have you ever been so angry that hitting things felt good? Or so numb that you actually felt high? The past few years have been like that for me. Traveling between fury and indifference with no stops in between.

Some people hate me for it, while others are scared of me. But none of them can hurt me, because I don’t care about anything or anyone.

I love her so much that I hate her. We used to be friends, but I found out that I couldn’t trust her or anyone else.

So I hurt her. I pushed her away.

But I still need her. The sight of her centers me, and I can pool all of my anger into her. Engaging her, challenging her, bullying her…they are my food, my air, and the last part of me that feels anything human.

But she left. She went to France for a year, and came back a different girl.

Now, when I push, she pushes back.
*EXCLUSIVE PEEK AT CHAPTER ONE OF UNTIL YOU*
WARNING: This chapter will hit you hard. There will be a prologue before it in the book, so please keep that in mind.

So Jared and Tate fans, what do you all think?  Anyone else excited?  I CANNOT WAIT FOR THIS BOOK!!! Can’t get enough?  Well be sure to check out the Jared POV scene “Break Stuff”, Jared interview, Jared & Tate interview and interview with Penelope. Links below.