Loud music blares from the house.  It sounds like Madoc is having party but
there are no other cars in the driveway but his.  I try knocking on the door again but I doubt
he hears the knock over all that noise.
I decide to try the door knob just in case…and it actually opens.  I slowly walk into the house and scan the
foyer. I still can’t believe how huge the house is. I don’t know why but I
never thought Madoc would live in such a wealthy looking area..but go
figure.  I head towards the music and
find Madoc on the couch playing some kind of racing car video game.  The music drowns out all the noise from the
game and my hellos to him.  I finally
move to the side of him slowly so I don’t startle him.  He looks up and I totally freeze.  Jeez, the boy is gorgeous. He slowly grins
and grabs some fancy remotes and clicks on some buttons.  The music and game turns off and it’s complete
silence.  I realize that I’m just
standing there ogling him like an idiot.
I clear my throat and introduce myself as I walk towards him with my
hands out to shake his. “So where do we do this?” I say.  Madoc grins again and I realize what I just
said. I put my hands up to stop him and say, “Let’s just start the
Q&A.” Fudge I can’t believe I just said that. My cheeks are so red
right now.  I clear my throat and
begin…..

Ing: Thanks for letting me drop by to ask you some questions
Madoc.  I really appreciate it.  I for one can’t wait for your story to come
out.  I feel like we haven’t seen the
real Madoc.  I think your character is
much more than what we saw in Bully.  Can
you tell me 2-3 things that would surprise us about you, that we don’t know
about yet?

*Well, I guess the first thing that comes to mind is that my mom’s a holistic vegan. When I visit
her in New Orleans, I get to choke down a years’ worth of healthy shit inside
of two weeks.

*I can also play the piano, but don’t mention
that to anyone at my school. My dad forced it until I was about fifteen, and I
quit after that. But I still play when he’s not around. I’d just rather him not
know that I actually like it.

*And finally, I went to Catholic school up
through the 8th grade. And no, I didn’t rock a little school girl
skirt.

Ing: Are you
nervous about your story going public?  In
your own words give me a really short synopsis of what we can expect?  Throw out whatever you’d like.

Madoc: My story….there is no story. I couldn’t have the girl
I wanted. She’s forbidden fruit, and she was sent away. We’ll probably never
run into each other again. She’s moved on, I’m sure. And I’ve definitely moved
on. That shit is old news.

Ing: Do you and Jared
still hang out as much, now that he and Tate are together?  How are you and Tate getting along now?
Madoc: Tate and I are friends. I think she trusts me now,
and we even spend time together when Jared’s working. No, not like that! We practice
racing, grab food after school…I’m just glad the both of them got on with
things. It’s been a rough ride getting through all of the crap, but I love
Tate. I’ve given them their space. I know they need it right now. I don’t want
to be the third wheel.

Ing: Tate really beat
the crap out of Jared’s car when she thought he sent that video.  What was going through your mind when all
that drama happened that day.  I was
really shocked that you seemed concerned for Tate.  Did you ever get to help them fix Jared’s
car?

Madoc: That day was a fucking mess, but I wasn’t angry with
Tate. I got why she was upset. But a guy’s car is his baby, and it was pretty bloody!
I was hurting for the car. It was a beauty, and Jared and I did a shitload of
work on it. I still had no idea what had happened. Did Jared send the video?
Did he not? I wasn’t sure whose side to be on. And of course, I helped them fix
the car. What the hell would they do without me?!

Ing: So what actor/singer/model would you say could be your
double ganger?  Don’t give me that look
Madoc. I’m trying to give the female fans a point of reference! 🙂

Madoc: Who’s that dude that played Thor in the movie? That’s
totally me!

Ing: Now that Jared’s in a relationship can you see yourself
finally getting serious about anyone?
Would you even want a relationship?

Madoc: Tate’s my girl. I don’t get the benefits Jared gets,
but that’s as close to a woman as I’m interested in getting. There’s too much
adventure to be had. Jared and Tate have something special, but most people
aren’t that lucky. And why would you try to tie yourself down anyway? No, I’m
looking forward to college and a different set of rules.

Ing:  So when I say
Fallon…what are the first three words that come to mind? What is she to you?

Madoc: Tomboy, skateboarding, and gone. That’s how I
describe my stepmother’s daughter.

*My head snaps up fast at this! Hmmmm…forbidden love. I wonder….*

Ing: OK now I’m going to do a quick lightening round of
questions

Favorite body part on a female and why?

Madoc: Lips. It’s usually the first “sex” organ you see on a
woman, with her wearing clothes and all, so I’m immediately obsessed with those
first.

What’s your best/sexist pick up line?

Madoc: “If you were a booger, I’d pick you first.” For some
reason, the girls laugh their asses off, and I’m in!

*Dude that totally would work for me.  I’m giggling at this point*

If you were a car what would you be and why?

What types of music
do you like listening to?

Madoc: I have a collective taste. My playlist has Macklemore and Ryan Lewis, Pink—stop laughing!—and Disturbed. Lots and lots of other
stuff, too. I don’t stick to one genre.

Your top THREE things you like to do for fun?

Madoc: Commando….I wish I could be more unpredictable, but
you knew the answer to that, right?

*I grin at him and shake my head*

*We both shout out “HEY YOU GUYS” and laugh. I’m totally in love with the boy at this point*

Ing: Thank you so much to Madoc, for letting me
invade your home and answering my questions. Before
I go, do you have any last words or anything you’d like to say to the fans. 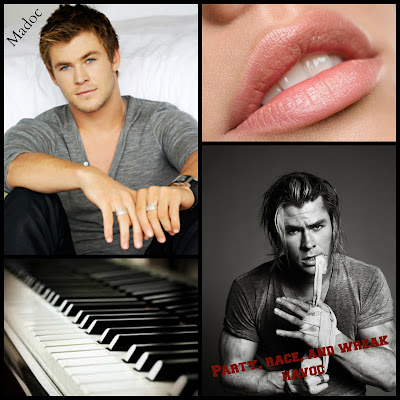 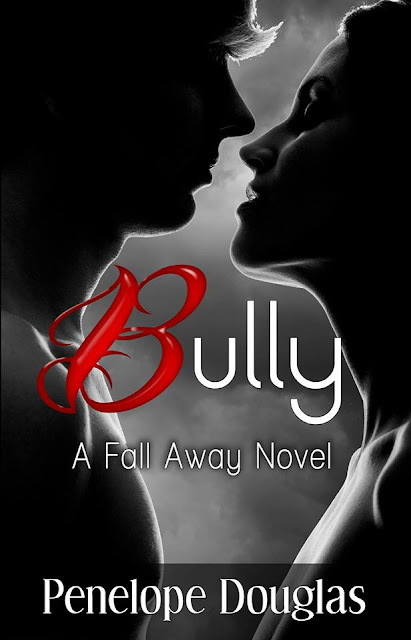 My name is Tate. He doesn’t call me that, though. He would never refer to me so informally, if he referred to me at all. No, he’ll barely even speak to me.

But he still won’t leave me alone.

We were best friends once. Then he turned on me and made it his mission to ruin my life. I’ve been humiliated, shut out, and gossiped about all through high school. His pranks and rumors got more sadistic as time wore on, and I made myself sick trying to stay out of his way. I even went to France for a year, just to avoid him.
But I’m done hiding from him now, and there’s no way in hell I’ll allow him to ruin my senior year. He might not have changed, but I have. It’s time to fight back.

*This novel contains adult/mature young adult situations. It is only suitable for ages 18+ due to language, violence, and sexual situations.

**This book is the first in a series but can be read as a STAND ALONE. The next books will focus on side characters from this story. 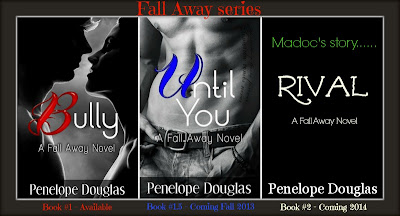 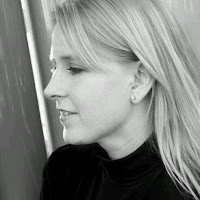 Penelope Douglas is a writer and teacher in Las Vegas. Born in Dubuque, Iowa, she is the oldest of five children. Penelope attended the University of Northern Iowa, earning a Bachelor’s degree in Public Administration, because her father told her to “just get the degree!” She then earned a Masters of Science in Education at Loyola University in New Orleans, because she hated Public Administration. One night, she got tipsy and told the bouncer at the bar where she worked that his son was hot, and three years later they were married. To the son, not the bouncer. They have spawn, but just one. A daughter named Aydan. Penelope loves sweets, the show Sons of Anarchy, and she shops at Target almost daily.