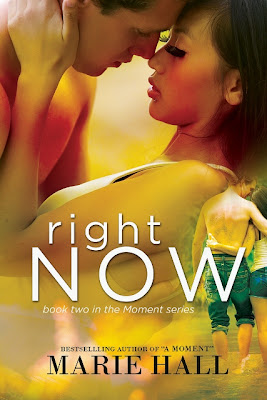 
Things were supposed to get better when Ryan met Lili. I was supposed to move on, get a life… but I’m stuck and lost. Things with my father are not good. There are demons in our closet, big ones. Ones I want to kill him for, I’m seeing a shrink, I’m trying to get better… but my life feels out of control, like I’m a raft adrift on the sea. I don’t know where to look, how to get anchored again, and then I meet Zoe Stone. Something about her draws me out of my rut, makes me laugh for real, smile, and for the first time in years I want to be more. But what will she think when she discovers who I really am?


When Alexander Donovan, aka The Golden Adonis, walks into my tattoo parlor, I know I’ll do anything to make that man mine. There’s an instant connection, a need to know more about him. Everything about him. But there’s also a mystery surrounding the guy, when people look at him they only see the man that laughs, that cracks jokes and makes the world think that everything’s okay, but I see the truth… I see the darkness that lurks so deep inside few would ever recognize it. I want to help him, I want to be with him, now I just have to make him trust me enough to let me in.

Be opposite.I stared at the slip of paper in my hand longer than I should have. It was just a fortune from a stupid fortune cookie, nothing spiritual or profound about it, but the words just sank into my brain, echoing through my skull like the blare of a horn.Be opposite, as opposed to what?Not opposite? Not me? Not this screwed up twat I’ve become.I was sitting in a hole-in-the-wall Chinese restaurant with a pair of brunette twins I just picked up at the club an hour ago. My head was pounding like someone took a damn pile driver to it, and the twins wouldn’t stop giggling and laughing like a bunch of drunken baboons.“Alex,” Claudia or Claudette whispered, hooking her finger at me as she jerked her head toward the women’s bathroom.The girls were hot.Tight, little bodies. A Cindy Crawford mole above their lips, size D breasts and dressed like college co-eds trying out the whole hooker fantasy, right down to the fishnet stockings on their supple thighs.But see, that was the thing. Women like that, they’re a dime a dozen. If I wasn’t there with them, I’d have been there with someone else.Always someone else.My head was driving me nuts and the greasy lo mein wasn’t making me feel any better.Twin one wearing a Union Jack inspired crop top was running a brightly painted ruby red fingernail along the edge of her V-neck, forcing my eyes to the heaving mounds of yummy goodness tucked beneath the lacy bra playing peek-a-boo beneath her sheer top.Twin two was running her hand up twin one’s arm and they both looked at me like they were still hungry.The restaurant was pretty much dead, just a few leftover stragglers from the club next door and no one was batting a lash at us. In a college town stuff like this happens every Saturday night.  Austin’s motto: Keep Austin Weird… yeah, we fit right in.I got up from my seat, yanked twin one up and led her to the bathroom.Sex was sex, right? Didn’t matter where you had it, so long as you had it?That’s what I used to think.But leaning against the stall ten minutes later, while the twins went down on me, mouths taking turns… I was still a limp noodle.I didn’t know what was wrong with me, but I knew banging sorority twins in this skanked up shit hole just wasn’t doing it anymore. Curling my nose, I shoved the twins off and pulled my pants up.They were laughing, hugging onto each other. “Can’t even get it up. What a freak.”And maybe I was, because these girls were hotter than any Playboy pinup and it just wasn’t working.“Screw this,” I hissed, tossing a twenty in their laps. “Pay the bill and get a cab.”“Whatever, dick.” Twin two grabbed twin one and they sauntered out, their tiny asses failing to even inspire a hint of drool in me as they drunkenly waltzed out the door on dangerously high, stripper heels.I walked to the sink, then splashed some water on my face, trying not to lean against the wall littered with hardened nubs of old, chewed up gum and whatever the hell else had been plastered on it.This place was a nasty dump. But I didn’t want to go back to the house. Not just yet. Ryan and Lili were there, and their kid, Javier. Ever since Lili’s mom died last year, she’d been living with us, almost a year now.In four months they’d be getting married. Which was a good thing, I guess. I mean, hell, I liked that my asshole cousin had finally found someone sane and healthy, who made him laugh, and made him realize living was okay.But it sucked to be in the middle of their love fest, to hear the sounds pouring through their walls almost every night.I didn’t belong in that house anymore.Grinding my molars until my jaw ached, I glanced down at my limp body. What the hell had that been about back there?Looking into the mirror I barely recognized the face staring back at me. Who was I? I didn’t have a freaking clue.Walking back out, I saw the fortune still lying on the dirty table. Grabbing it, I shoved it into my pocket and headed out. Not sure where I was going. 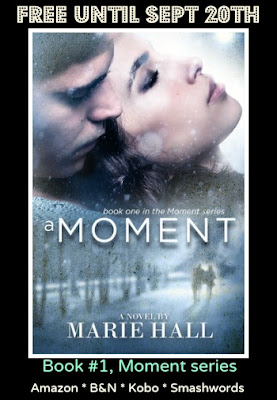 Amazon I B&N I Kobo I Smashwords 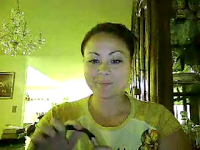 Marie Hall has always had a dangerous fascination for creatures that go bump in the night. And mermaids. And of course fairies. Trolls. Unicorns. Shapeshifters. Vampires. Scottish brogues. Kilts. Beefy arms. Ummm… Bad boys! Especially the sexy ones.

On top of that she’s a confirmed foodie, she nearly went to culinary school and then figured out she could save a ton of money if she just watched food shows religiously! She’s a self-proclaimed master chef, certified deep sea dolphin trainer, finder of leprechaun’s gold at the end of the rainbow, and rumor has
it she keeps the Troll King locked away in her basement. All of which is untrue, however, she does have an incredibly active imagination and loves to share her crazy thoughts with the world!