Ing: Hi Christie!  Welcome to the blog! Could you tell the readers about Enticing the Earl? What can they expect plot, pace, sex, etc from this book?

Christie: Thank you so much for having me, Ing. Enticing the Earl was so much fun to write. It’s a fast-paced regency set historical with a unique heroine who is a wise woman or healer/midwife on an earl’s estate. The earl has loved her from afar for years but when Mia lands in trouble, he offers to marry her even though he is all but destitute. As far as sex scenes….yes, there are a few hot scenes.

Ing: Can you tell us a about the hero Simon Blakesworth? What about Simon, do you think will draw the readers in and make them love him?

Christie: Simon is a wonderful man with a few issues that he hates to admit to anyone. The first is that he has been in love with a woman who is wrong for him on so many levels, but that doesn’t stop him. His second issue is something for the readers to discover on their own.
Simon drew me in with his tenderness toward Mia. He would do anything for her, including risk his future to have her. He made me love him so I sincerely hope readers will love him too.

Ing: Now tell us a bit about the heroine Mia Featherstone? What about Mia, do you think will draw the readers in and make them love her?

Christie: Mia is a little different heroine for a regency historical. In addition to her being a healer, she has been with two other men before she agrees to become Simon’s wife. But her luck with men has been dreadful until Simon. I liked a few things about her. She is upfront about almost everything, except one secret that she is terrified to tell Simon.

Ing: Why are these two perfect for each other? What about them individually makes them so drawn to each other? Why do you think the readers will fall in love with this couple?

Christie: They are so perfect for each other because they complement each other’s faults. He helps Mia confront her mother on issues that have plagued her for a few years. She helps him a way I can’t say without giving away an interesting part of the book but it works. For a man to risk his reputation to marry a woman so beneath him says a lot about him. Mia, for her part, tries to talk him out of marriage because she understands that marrying her could damage his reputation.

Ing: What was a scene that stood out or was memorable for you when writing Enticing the Earl? Why did this scene stand out for you?

Christie: Personally, I loved the proposal scene. Here is a man who is so in love with this woman and instead of telling her that, he completely flubs his proposal and tells her that he wants to marry her to protect her. When I finished writing that scene, I wanted to smack Simon over the head with something hard. I attached that excerpt for you.

Ing: I like knowing and hearing the back story about how a book or series came about. Can you tell me where the idea for Enticing the Earl came from?  I know this is part of the Wise Woman series, so how many more books do you have planned?

Christie: Believe it or not, I was watching a special about Witches on the History channel when they talked for a few moments about wise women and how many were thought to be witches because they healed people. I thought it would be interesting to take that into the regency period and write about a group of women who still practiced as wise women. They healed people, they celebrated the solstice with fire and devotions,  and cleansed houses of bad spirits. There was more of that in Bewitching the Duke, than in Enticing the Earl. As far as more books, there is one more book in the series, Vexing the Viscount is scheduled to be released next year. That is Tia’s story.

Ing: Can you tell us what you have up your sleeve next? What else can we look forward to from you? Could you give the 411 on these upcoming projects?

Christie: My editor loved Simon’s family so much he asked for either some novellas or full-length novels on them. So I am plotting some of that out now while I’m busy with edits on Vexing and doing my blog tour.

Ing: Christie, thanks so much for stopping by today! I really appreciate you answering all these questions. Do you have any last words or questions you would like to pose to the readers of this blog?

Christie: Thank you for having me, Ing! The questions were a lot of fun to answer. I would love to ask the readers to tell me about their proposal story. If they’re not married, how would they like to be proposed to? I’d love to give away a copy of Enticing the Earl to one lucky commenter! 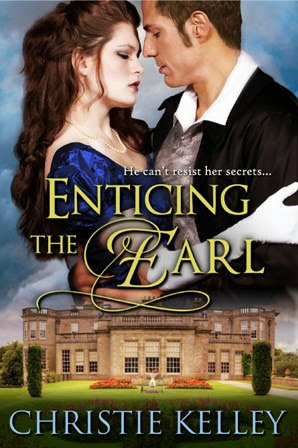 With his estate near bankruptcy, Simon Blakesworth, Earl of Hartsfield already has a perilous secret to keep. Still, when he finds Mia Featherstone badly beaten, he doesn’t hesitate to shelter her in his home. . .and offer marriage to protect the lovely healer from her attacker. But Mia is concealing a danger this honorable earl never imagined–and can’t resist. . .

Mia’s valuable discovery on Simon’s land saved her patients’ lives. Now the only way she can help the man she’s always loved save his home is to secretly find the rest of a cache of hidden artifacts. But their passion is making it impossible for Mia to ever walk away–even from a love that may not survive the truth. . .

“Mia, I would like to suggest something to you but you need to hear me out before answering. Is that all right?”
She tilted her head in a questioning manner. Her eyes narrowed slightly. “Very well, what are you suggesting?”
He might not be so nervous if the tone of her voice had been a little warmer. “I need a wife.”
“You are not—”
“You said you would hear me out,” he interrupted. “I am almost thirty. I need a wife and I want children.” He watched her eyes grow wide as her head started shaking. “I can keep you safe. No one can touch you here.” He took a deep breath and said, “I would like to marry you.”
“No.”
“No? That’s all you can say? You haven’t even heard my reasons.”
“Of course I did. You want a wife and children. That’s understandable so go find a lady in London. I am not the type of woman a man like you marries.”
He laughed. “You know that is not true. Look at your best friend. She married a duke.”
“Selina was a proper lady until she met North. I am not. You know I have been with Davies and I was with Smyth before that.”
Simon shook his head. Her virginity was the issue? “I have not been celibate, Mia. Does that bother you?”
“No, but you are a man and it’s expected that you would be with women before you married.” She struggled to sit up against the pillows. “My being with other men can only embarrass you if it gets out.”
“I can handle the embarrassment. I rarely go to London so who would know?”
“Everyone here and at your other estates. Gossip spreads like fire, Hart. They all know that a man abused me. The servants will all assume what happened, and they would be right.”
“Not one of the servants would dare to speak ill of you. They all love you.” He leaned in closer. “And fear your mother, I believe.”

Defeated, she glanced down at her hands on her lap. “Why do you want to marry me, Hart?”
“To protect you.” 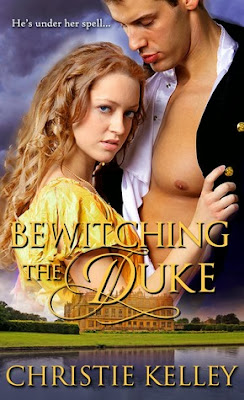 Amazon I ARe I B&N I Kobo 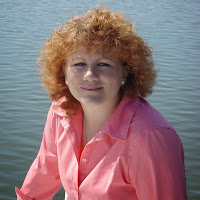