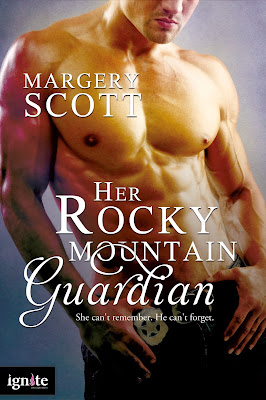 
Four years ago, Jennie Brooks and Sheriff Brae Colton were engaged to be married—then Jennie disappeared without a word.


Leads to a mysterious reunion…


Brae hated Jennie for deserting him just as they were set to begin their life together. But when he finds her badly injured in a hit and run accident on a snowy mountain road, he can’t deny the love he’s never forgotten—until she regains consciousness with no memory of her identity, or what they once shared.


Where love holds the key to everything…


Brae wants to know why Jennie’s come home. Despite everything, she’s still the woman he fell in love with in high school—the woman he’s falling for again. But when the bullets start flying, his first priority is to protect her and catch her would-be killer. And if they can’t find a way to restore her memory soon, they may both end up dead.

Thanks so much for inviting me to your blog today.


I’d like to introduce you to Brae Colton, the hero of Rocky Mountain Guardian. Getting Brae to sit down and talk about himself isn’t easy, but I bribed persuaded him  with the promise of a steak dinner. Here’s what he had to say (between bites):


How did you meet your writer?


Did you know my writer loves the Old West and cowboys? She wanted to write a romantic suspense novel and even though I don’t think of myself as a real cowboy, I’m as close as she could get and still be a contemporary lawman. I showed up after she heard about the TV series about Vegas in the 70’s. The main character in that show is a lawman but he has a ranch.


What are your favorite scenes in your book: the action, the dialog or the romance?


Definitely not dialogue. Talk is highly overrated. Actions are what count so I am partial to those scenes. But the romance … well, I do like the … uh … romantic … scenes with Jennie.


What do you like to do when you are not being actively read somewhere?


There’s not a lot of work for a sheriff in Eagle Ridge, so I have lots of free time to work around the ranch or with the kids.


If you could rewrite anything in your book, what would it be?


That’s easy. Jennie would never have run out on me and we’d be married and have a couple of kids by now. ‘Course, then there wouldn’t be a book at all, would there?


What are you proudest of?


The program I set up to offer riding lessons to at-risk and underprivileged kids is one of the best things I’ve ever done.


What do you like most about where you live?


What’s not to like? Fresh mountain air, and plenty of room for a man to move around and not feel hemmed in.


What is your most favorite memory?


The day I proposed to Jennie. I might tell you about it before this blog tour is over.


Not much scares me, except one thing – that Jennie will leave again.


Did you ever think your life would end up in a book?


I have to admit I’m pretty happy with how things turned out. Couldn’t really ask for a better ending.


What’s your favorite thing to do on a rainy Sunday morning?


With Jennie, to stay in bed and let nature take its course. 🙂


Where would you like to be in ten years?


Right here, on the ranch, with Jennie and a houseful of kids. Guess I’d better get the okay from her about the kids, though. 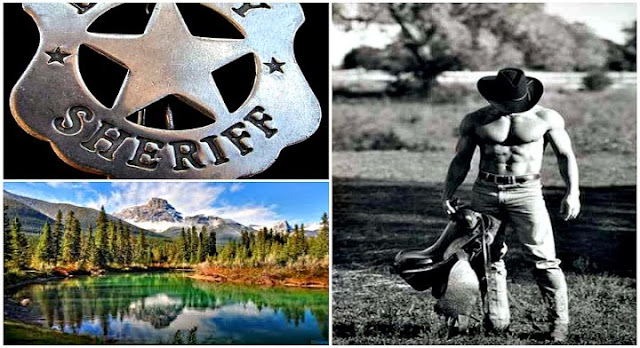 Jennie gazed out the passenger window as Brae steered the SUV through downtown Eagle Ridge. Ever since they’d left the hospital, he’d been tense, his eyes constantly shifting and taking in the vehicles around them.

“Do you think we’re being followed?” she asked finally.

“Probably not, but I don’t want any surprises.”

She stayed silent then, letting him concentrate. A lock of hair hung over his forehead, and she had an almost irresistible urge to brush it back. The muscles in his face were tense, his lips pressed into a thin line.

Those lips… Her thoughts strayed back to the kiss they’d shared in her hospital room.

Obviously they’d kissed before, and more than likely they’d done a lot more than kiss. She didn’t remember those kisses, though. His kiss from a half hour earlier, she’d never forget. Something about the way he held her, the way his mouth slanted over hers, the heat pooling in her belly when his tongue had touched hers…it felt so familiar, so right.

“You look like you’re thinking hard,” he said, his baritone voice filling the interior of the car.

She felt her cheeks heat. If he only knew where her thoughts had taken her.

Oh, yes. She remembered every detail of the kiss they’d just shared. Although she would like to know whether the memories of his kisses back then were as exciting and breath-stealing as the reality of the one they’d just shared. She doubted that was what he was asking, though. 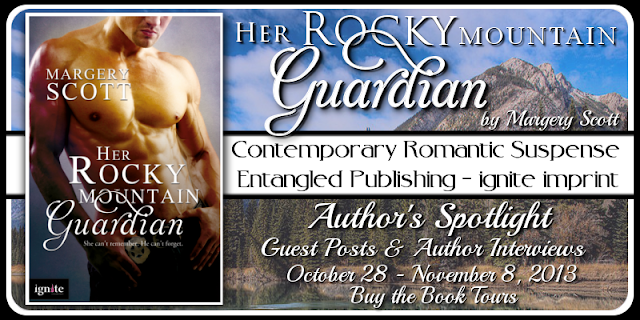 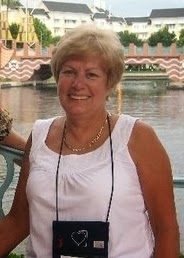 As a little girl in Scotland, I loved reading the words in books, and using those words even when I had no idea what they meant. My favorites were consecrate (my version of concentrate), and puncture (meaning temperature).Within the pages of those books, I lost myself in the fantasy worlds the authors created. But I had no idea that someone – a real, live person – was writing the stories that enthralled me. And it never occurred to me that I could write stories, too.

When my family left Scotland and settled in Canada, I began to write – not stories, but long, rambling letters to my grandparents. Looking back, they were really mini-novels, filled with my adventures and tales of growing up in a new country. In school, I loathed English class. So what was I destined to be? Yes, you guessed it. A writer.

It wasn’t until my children left home, that I started writing and seriously pursuing a new career as a published author. These days, I’m lucky enough to be able to combine my love of travel (thanks to my father’s wanderlust) and writing by personally researching the settings in my books.

Now, I live on a lake and I’m lucky enough to wake up to this gorgeous view every morning (it does tend to distract me from the computer, I admit).

When I’m not writing, I can usually be found wielding a pair of knitting needles or a pool cue. Oh, and dealing with that wanderlust thing …