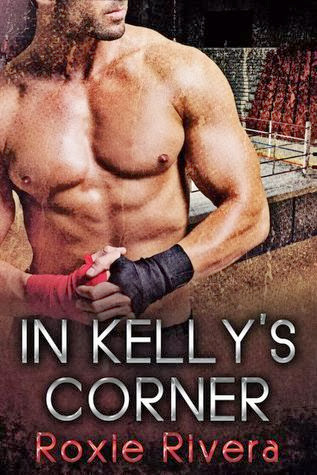 BUY LINKS:
AMAZON I AMAZON UK I B&N I KOBO I ARe I SMASHWORDS

After a stalker breaks into her home, internet entrepreneur Bee Langston decides Kelly Connolly is the only man who can help her—but  seeking help from the former Marine isn’t easy, especially after she made a spectacular fool of herself trying to kiss the sinfully sexy bodyguard.

When Kelly spots Bee weaving her way through the Houston nightspot where he’s working security, all those feelings he’s desperately tried to deny for his best friend’s sister come flooding to the surface. He’ll do anything to keep her safe, even if means getting up close and personal with the one woman he simply can’t have.

Soon, Bee’s stalker isn’t his only problem. His gambling addict father is tangled in a mess of debts to two of Houston’s toughest loan sharks. With the family gym on the line, there’s only one way for Kelly to make everything right. He agrees to fight for the Albanian mob in an underground bare-knuckle fighting tournament.

But winning the tournament and saving his family’s legacy comes at a high price—one that just might cost Bee her life. 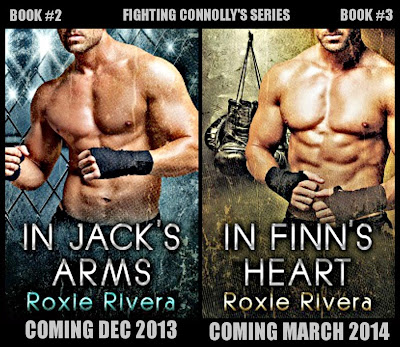 With his personal business in order, Kelly drove to the nearest big box store to pick up everything on Bee’s list. He had never shopped for a woman before so he was glad she had been specific about the brands she wanted. A couple of times she didn’t note the fragrance she liked so he had to resort to strange measures to get it right.

Glancing around, he sniffed the soap and antiperspirant until he found the ones that smelled right. He prayed no one would come around the corner. They would probably report him to management for being a soap-sniffing freak.

As he pushed his cart down the aisle of shaving supplies, Kelly considered what it said about his feelings toward Bee that he had memorized her scent profile. The threat against her had shaken him up enough that abiding by some unspoken rule of friendship no longer seemed important. The twenty years of friendship he’d shared with Jeb had been the greatest of his life. Never again would he have a friend like that.

But right now the possibility of creating something real and intimate and lifelong with Bee hovered just before him. He’d put his life on hold for the last four years—and he was done. It was time to live.

Back at the penthouse, he used the private elevator to access the top floor of Yuri’s skyscraper. He wasn’t surprised to be greeted by Winn the second he stepped off the elevator into the reception hall of the luxurious suite. The highly decorated soldier had obviously seen the security feed of Kelly entering the elevator from the parking lot but he wasn’t taking any chances. Kelly liked him all the more for it.

“She’s in her room.” Winn held open the door since Kelly’s hands were full. “We ordered a late lunch. There’s a sandwich and salad in the refrigerator for you.”

“Thanks.” He crossed the living area and glanced at Sully who was fiddling with a book of Sudoku puzzles. They nodded at each other before he disappeared out of sight. When he reached the master suite, he knocked twice. “Bee?”

Taking her response as permission, he opened the door—and lost his grip on the bags. They tumbled to the floor amid Bee’s gasp of surprise. Unable to stop himself, Kelly raked his needy gaze along her very naked and incredibly nubile form. The dampness of her hair told him she’d just had a shower. The foot propped on the bed and the tiny bottle of complimentary lotion filled in the blanks.

Finally shaking herself from the shock of being discovered in this precarious position, Bee reached for the towel but Kelly stopped her with one gruffly spoken word. “No.”

Closing the door behind him, he pushed aside the bags with the toe of his boot and flipped the lock. Bee slowly lowered her petite leg. She bit her lower lip and eyed him like prey keeping a wary eye on a prowling jungle cat. Not wanting to push her too fast, too soon, he said, “Tell me to leave, Bee.”

She didn’t even hesitate. Holding out her hand, she said, “Stay.”

I like to write super sexy romances and naughty erotica that make your pulse pound. You can get updates on new releases by visiting my website (roxierivera.com), signing up for my newsletter (http://eepurl.com/sX-z1) or liking my author page on Facebook.