Ing: Hey Gail!  Welcome to ATPT! Can you tell the readers a little bit about To Tuscany with Love?  What can they expect plot, pace, sex, etc from this book?

Gail: Hi Ing! Thanks for having me on ATPT. You are so right .. having a serious blog is a boatload of work and we authors appreciate your great website!

To Tuscany with Love is the story of eight college students (four men and four women—use your imagination!) who first meet during a summer college semester in Italy. They become friends, lovers, and competitors during their summer of discovering the charms of Italy and each other. After their summer of discovery, they return to the U.S., grow up, and experience success, disappointment, and loss. Thirty years after their steamy and adventurous summer in Italy, they return to Tuscany for a reunion with their secrets, regrets, and anger still with them from that long ago semester abroad.

The pace — it starts with the characters in a mode of discovery and naiveté, and escalates through the book as the they become older, wiser, more experienced, and more jaded.

The sex — Playful, lustful, and, in most cases, romantic, with most of the explicit details occurring between the lines. Hope you’re not disappointed with the scarcity of lurid details, Ing!

Ing: Can you tell us a bit about the each of the characters from To Tuscany with Love? The book revolves around eight people. What it is about each of these characters will capture the readers’ heart and make them love each of them?

Gail: Bella, a City College junior, lives at home and works in a diner in Manhattan to help pay the bills. Her mom, an unwed mother disowned by her family, has always been Bella’s best friend. Bella’s search for friends lands her in trouble more than once; the most notable occasion occurs when her mom reacts to Bella’s misdirection by shipping her off to Italy for a college semester abroad.

Stillman, a pre-med student at the University of Michigan, has inner demons that drive him to seek academic and, ultimately, financial success. He returns home to his humble background in rural Georgia as seldom as possible because he suffered as a child under the strict rule of his fundamentalist preacher father. Stillman hates to lose!
Hope, a no-nonsense girl from Colorado, has a huge heart and self-deprecating sense of humor. She is a natural leader and plans to marry her long-time boyfriend as soon as she graduates from college. Hope’s boyfriend traveled while in the Marines, and she expects that her college semester in Italy is only the first of many trips she will take once she is married and has a family.

Rune left Nebraska after high school convinced that his education and opportunities were in California. A notorious flirt with the ladies, Rune looks at his college semester in Italy as a warm-up to his future career in the film industry. He likes results, both with women and in life, and is less concerned about the propriety of his methods than he is with the outcomes.

Lee, also a pre-med student at Michigan, meets Stillman for the first time in Italy. He is thrilled to see the paintings and sculpture in Florence, as art is a secret passion of his. Lee’s close family takes great pride in his planned medical career, only adding to the pressure he feels as he competes for one of those coveted few medical school slots.

Phillip, a natural athlete from California, drives himself to excel in competition—both in sports and in life. A sociable extrovert, he is quick to make friends, although reticent to discuss his life back home. For Phillip, this semester abroad is an opportunity to explore Italy and uncover its hidden charms.

Karen, one of the beautiful twins from Chicago, is practically engaged but insists she is not “off the market” yet. She views this semester in Italy as a golden opportunity to study the fashions and flirt with the men. Karen is eager to shop and have fun before she returns to the U.S. to graduate, start a business, and get married.

Meghan, a sweet girl who is determined to design clothes and have a boutique with her sister, is the quieter of the twins. Even though she is accustomed to playing second fiddle to Karen, Meghan fiercely loves her sister and looks at their time in Italy as a chance to gather ideas and inspiration for their future boutique.

Ing: What was a scene that stood out or was memorable for you when writing To Tuscany with Love? Why did this scene stand out for you?

Gail: Without being a spoiler, there is a scene near the end of the book in which Bella is in a cemetery, mourning the losses in her life, when because of the revelations of one the other characters, the full impact of the choices she made long ago hits her. While I loved writing the sex scenes, this particular scene stands out because it is an emotional epiphany and pivotal point in Bella’s life.

Ing: I like hearing the back story about how a book or series came about. Can you tell me where the idea for To Tuscany with Love came from? Is this book going to be part of a series or is it strictly a stand alone?

Gail: A family friend of ours mentioned in passing years ago that he was headed to Florence for a reunion of his college semester abroad class. While I knew no details of his reunion or his classmates, the concept of bringing friends together years later in a foreign country stuck with me. I started imagining the classmates and when they took over my waking and sleeping thoughts, I knew I needed to tell their story.

To Tuscany with Love is the first in the Tuscany series, which will all be set in Italy, but will feature different characters and new charming hill towns.

Gail: The second novel in the Tuscany series is set in and around one of the many charming wine-centered hill towns of central Tuscany. The third book moves to a village that rests along the Mediterranean Sea. While I’m keeping the juicy details about the characters under wraps, they will both definitely have love and sex in the books!

Ing: Now on to questions about you.  We want to know more about Gail. Who are some auto buy authors that you read now?

Gail: Jennifer Weiner, Susan Mallery, Mary Kay Andrews, J.K. Rowling, Nicolas Sparks, Anita Shreve, David Baldacci, Ken Follett, Danielle Steel. As you can tell, I’m a woman who loves books of many genres.
Ing: If you could be a heroine of any book for one day who would you be and why?

Gail: Nicola Ferris of Mary Stewart’s The Moon Spinner’s, which I read years and years ago. This novel sparked two things in me: my devouring of romantic suspense books and my determination to travel to foreign lands.

Ing: Gail, thanks so much for stopping by today! I really appreciate you answering all these questions. Do you have any last words or questions you would like to pose to the
readers of this blog?

Gail: Thank you, Ing, for inviting me! I’ve enjoyed our conversation. I do have a question for the readers of your blog. Do you, like the characters in To Tuscany with Love, long to change something in your life?

Readers can connect with me at my website: http://www.GailMencini.com

*Book Spotlight*
To Tuscany with Love by Gail Mencini 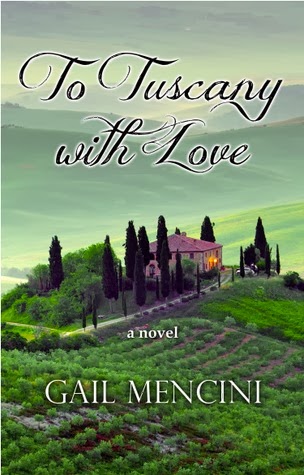 Can one college semester abroad change the course of your life?
Bella Rossini, a vivacious college junior, lands in jail overnight with acquaintances whom she mistakes for friends. Shipped off to Tuscany by her mother, Bella is suddenly thrust into living with seven strangers during one life-altering summer.

Meet Hope, the sturdy and practical girl, steadfast in her loyalty to her boyfriend; Meghan and Karen, identical twins with an eye for fashion and beauty to match; Stillman, haunted by his hard past, and Phillip, an athlete, both fueled by competition; Lee, by family mandate in pre-med; and Rune, the Hollywood-bound wild child. All add sizzling chemistry and rebellious humor to the mix.
In one whirlwind summer, while uncovering the charms of Italy, they discover both friendship and love.

After their summer together, life – and loss – happens.

Returning to Tuscany 30 years later, their dreams, anger, secrets and disappointments create an emotional kaleidoscope. Their reunion sends them on a startling collision course that none of them could have predicted.

Set against the allure of Tuscany, with an irresistible fusion of heartbreak and humor, this debut novel, “To Tuscany with Love,” explores the fear of letting the past determine the future and the power of friendship. 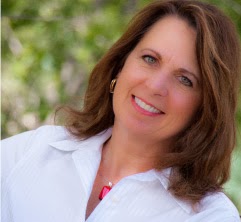 Gail Mencini makes her literary debut with “To Tuscany with Love” (January 2014, Capriole Group) an adult coming-of-age novel set in central Italy. Born in rural Nebraska, Mencini graduated with honors in 1976 from Wartburg College in Waverly, Iowa, where she majored in accounting, economics and business administration. She holds a Master of Laws of Taxation degree from the University of Denver College of Law.

Mencini co-owned an accounting firm and practiced for 15 years in public accounting, specializing in tax law related to mergers and acquisitions and real estate. She also spent time in the higher education field, working as an adjunct professor at the University of Colorado and Metro State College, as well as the University of Denver College of Law. She was a repeat speaker at national continuing education seminars and a featured presenter in a real estate conference in the Caribbean.
In 1990 when she married her husband, Mencini became an “instant mother” of three boys plus another son two years later, which opened the doors to becoming a full-time  mother and igniting her long-time passion for creative arts, gourmet cooking and traveling.
She went on to become a contributing editor and photojournalist for Buzz in the ‘Burbs, writing monthly cooking columns featuring dinner themes, recipes and complementary wine suggestions. She also served as interim director of marketing for Wine Master Cellars as the company transitioned to new leadership. She has been a member of the Rocky Mountain Fiction Writers for nearly 20 years as well as the Pikes Peak Writers for over 10. She most recently joined Author U based in Aurora, Colo.
She writes and cooks in Denver, Colorado, with her husband and family who are always ready to critique her abundance of story ideas and recipes. 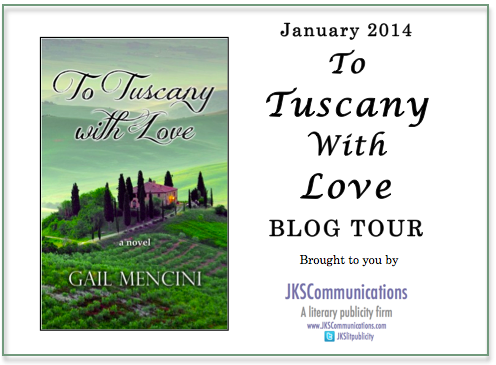 One Response to “Blog Tour: Author Q&A – To Tuscany with Love by Gail Mencini”