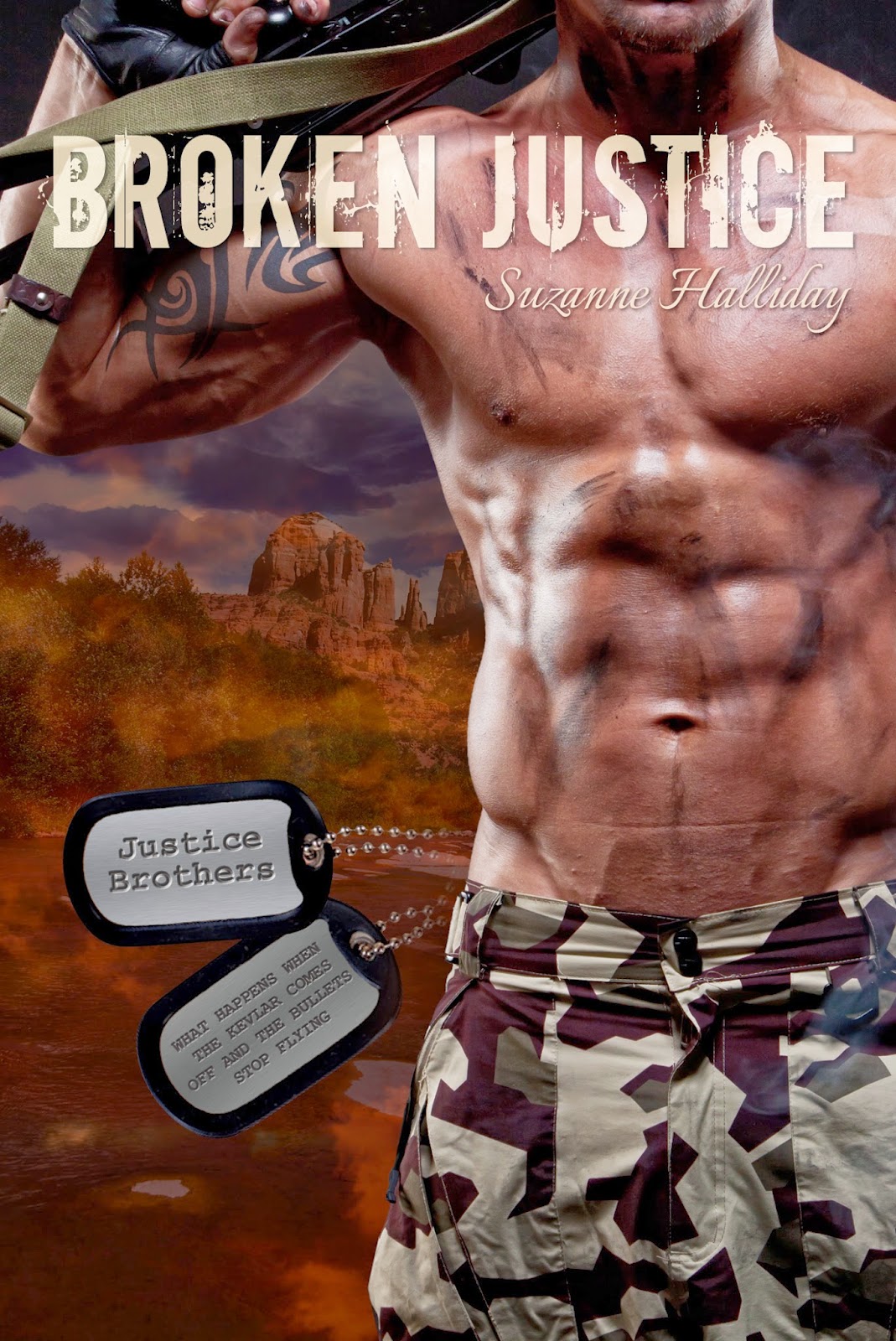 Cameron Justice – Once a throw away kid heading for trouble, he finds a sense of purpose in a war zone. Years later, successful, handsome and wealthy, Cam’s mistrust of women and relationships in general have left him a brooding loner

Lacey Morrow – Abused and neglected as a child, she’s a lost girl determined to make something of her life– if only she can catch a break.

Unlikely Companions – fate throws them together. Now the rest is up to them.

Will Cam be able to leave the past behind and learn to trust?

Will Lacey be strong enough to fight for what she wants?

Or will the past be too much for them to overcome? 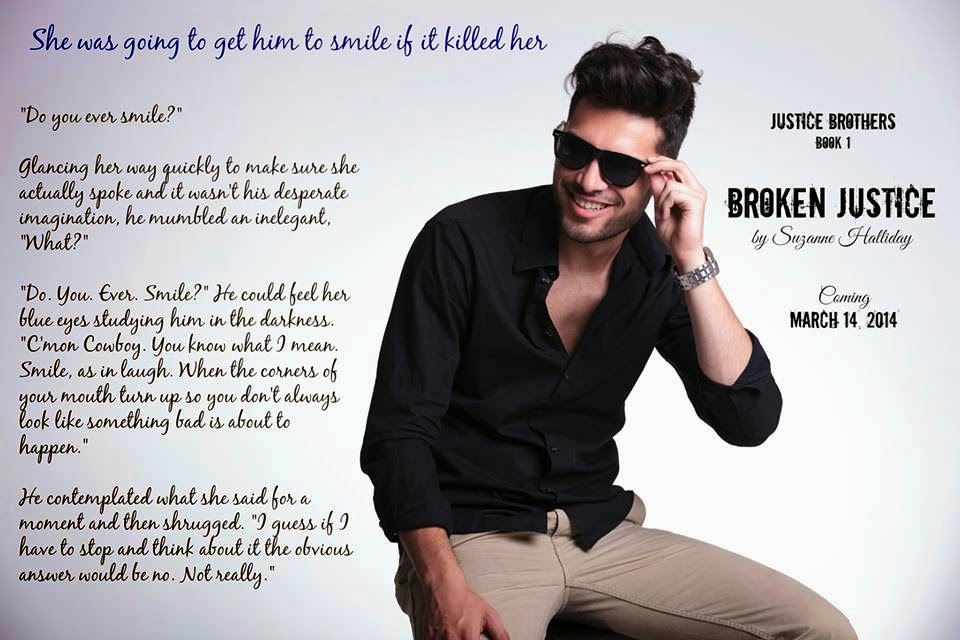 My Thoughts:
Cameron Justice (aka Jason Cameron) is taking a break after a long assignment in Mexico City. He’s back at his old stomping grounds of his youth, when he spots Lacey Morrow for the first time. Cameron can’t keep his eyes off her. Something about Lacey intrigues him and he ends up following her. While following her on foot Cameron shows up in time to save Lacey from two guys trying to mug her. Cameron can tell Lacey doesn’t have a home and is barely surviving. He offers to clean up a nasty cut she got during the attack.


Lacey isn’t sure why she accepts the help being offered from Cameron. Her past makes her very leery of any man but for some reason she feels safe with Cameron but is still on guard. Cameron makes an offer to Lacey that will help her get on her feet again and a new start. An unexpected night taking care of one another leads to an unexpected friendship between the broody Cameron and the young Lacey.


This was a lovely debut novel from author Suzanne Halliday. I am excited about the Justice Brothers series. This is Cameron and Lacey’s story but the readers are also introduced to Draegyn St. John and Alexander Valleja-Marquez, who make up the rest of the Justice Brothers. The three men were comrads and fought together in Afghanistan. After a horrific incident during their tour in Afghanistan the men come home changed and scarred emotionally and physically.  They find solace in their changed world by teaming up again to form an agency that deals with surveillance, protection and cyber security. So with this in the background we are introduced to Cameron and Lacey in Broken Justice.


Cameron grew up in poverty and lost his mother at an early age. He was raised by the foster system and was spiraling out of control but at nineteen when he joined the military he found the skills and discipline that was lacking in his youth. Cameron has no love for his deceased mother. He grew up rough because of the bad and selfish decisions his mother made. With his history with this mother and what happens in Afghanistan and the involvement of a woman that the military base he was at, trusted, Cameron doesn’t have much use for women other than that of the flesh. He’s pretty much shut down emotionally and is able to compartilized his emotions into neat boxes. So watching Cameron’s world totally change once Lacey makes an appearance is pretty funny.  The tough, broody and closed off Cameron is so lovable. I enjoyed watching his butt try to fight off his attraction for Lacey. Cameron has sex appeal in spades. The man literally set me on fire with his dirty and sexy thoughts and talk. Yowzer. One of my favorite storylines is when the hero fights tooth and nail their attraction to the heroine and Cameron definitely delivered that for me. Once he succumbs though the boy still fought which was fun to read.


Lacey was a strong heroine. I thought with her background I would get a simpering heroine but Lacey was not even like that at all. I liked her character very much. I could see her as someone I’d like to hang out with. She was very up front and honest. When Cameron starts pulling away at times I liked how she didn’t run off to lick her wounds in the corner. She lived her life and gave it back to Cameron. Her roll with the punches attitude was what I liked best about her. I know this threw Cameron off alot when he’d expect Lacey to act a certain way and she does something different and unexpected. The girl kept mister broody on his toes.


When Cameron and Lacey meet they are on the east coast. So on their way to the compound where Cameron’s agency is at Cameron and Lacy spend time getting to know one another and develop a friendship that is chock full of heated glances and lust. The attraction these two feel for one another is very thick and palable in this story. The author does a great job of conveying this. The sex scenes were hot, hot, hot!!!


I do wish there had been a bit more conversation between Cameron and Lacey.  We spend a lot of time inside their heads. I wish there was just a tad more scenes with them conversing. Also Cameron’s nickname for Lacey really threw me off at times during the reading. I thought that was such a ridiculous nickname. I wanted him to stop referring to her by it. LOL. I loved the interaction between the three friends (Cameron, Alex & Drae). I definitely cannot wait for Drae’s book and then Alex. This was definitely a good start to a new series that I am now looking forward to. 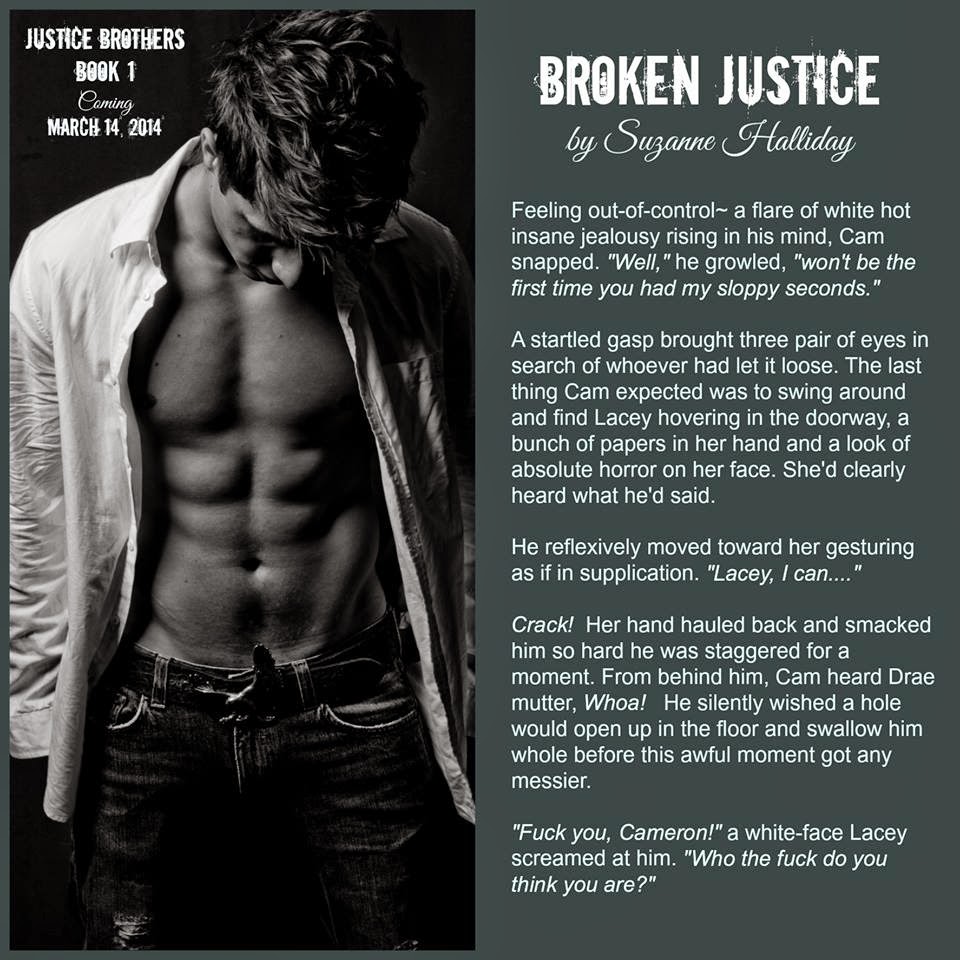 Suzanne Halliday writes what she knows and what she loves – sexy adult contemporary romance with strong men and spirited women. Her love for creating short stories for friends and family has developed into a passion for writing romantic fiction with a sensual edge. She finds the world of digital, self-publishing to be the perfect platform for sharing her stories and also for what she enjoys most of all – reading. When she’s not on a deadline you’ll find her loading up on books to devour.

Currently a wanderer, she and her family divide their time between the east and west coast, somehow always managing to get the seasons mixed up. When not digging out from snow or trying to stay cool in the desert, you can find her in the kitchen, 80’s hair band music playing in the background, kids running in and out, laptop on with way too many screens open, something awesome in the oven, and a mug of hot tea clutched in one hand.
*Connect with Suzanne*
Facebook I Twitter I Blog I Pinterest I Goodreads
*Giveaway*