Investment banking intern Carina Chen doesn’t need any distractions—especially the sexy, guitar-playing barista she rooms with for the summer.

Free spirit Dylan Jewell appreciates the delightful universe of women who vie for his attention. His goal in life is to do good, make happy coffee, and help the homeless.

When Carina moves in, she insists on rules of conduct to quell her instant attraction to Dylan. But when her boss asks her to turn Dylan into a businessman, she can’t think of a reason not to take advantage of his hospitality.

Their chemistry is white hot, but Dylan refuses to play Carina’s game, unable to understand how he can fall in love with a woman who puts profits in front of people. When Carina realizes Dylan isn’t budging, she risks all to gain a single night with him. Will her gambit backfire or will Dylan discover Carina’s true heart before she runs away with his? 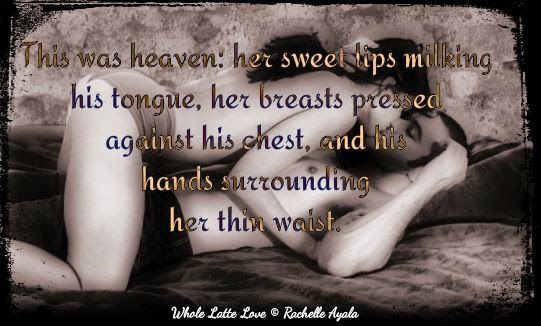 “Great, let’s pop open a bottle of champagne and celebrate.”

“What are we celebrating?” Carina propped herself with one elbow on the counter, her jacket open to a low cut tank top that showed her slight cleavage.

She had perfect curvature. What he wouldn’t give to touch those puppies, suck on them. They’d be soft and oh, so sweet.

“Dylan, hello.” She snapped her fingers in front of him and smiled. “What are we celebrating?”

Oh, yeah. He cleared his throat and let out a chuckle. “BRF.”

“What are we, fourteen years old?” She made a gagging motion. “Barf.”

“You’ll love it, trust me.” Dylan fist bumped her. “Shall we have some rules? I know you like rules.”

“Sure, while you think up the rules, I’m going to serve myself some of this delicious food. I’m starving.” Carina grabbed a plate and stood with her back to him in front of the counter.

“Me too.” He put both hands on each side of her and leaned down. She smelled sweet and clean, her conditioner scented with a touch of jasmine. “Rule number one. BRFs get to hug and hold hands.”

She tipped her head back. “Is this an excuse to come on to me?”

“Oh no.” He feigned indignation. “Just making sure we get along, like when you had those rules for chores?”

“Which my cleaning service is taking care of.” She picked a snap pea out of the omelet and popped it into her mouth.

He leaned around toward her lips. “Rule number two. BRFs can kiss.”

She ducked and placed her index finger on his lips. “Barfs can kiss, except on the lips, and cuddle together while watching a movie.”

“Why not the lips?” He tucked a kiss on her temple.

“Because we’re Barfs.” She giggled. “That would be gross.”

“Bee. Err. Eff.” He enunciated each letter. “One more. Rule number three. BRFs can tickle and wrestle each other every night before going to bed.”

“Except …” She turned and poked his chest. “… no touching certain body parts.”

“Certain? Sounds too vague to me.” His erection knocked hard in his jeans and he was having trouble maintaining a casual note in his voice. “You’ll have to name the exceptions, one by one, or show me.”

“Oh, I don’t know. I’d think the exceptions should be obvious.” Carina trapped his left hand. “It means wherever you want to touch, you can’t.”

He moved his right hand around the small of her back and caressed her behind. She made a small gasp, still holding his left hand, as her other hand rubbed the muscles on his forearm.

Her sharp jeweled eyes, glittering like black onyx, opened wider as her mouth relaxed, inviting him to capture it. But she was the one who made the no-kissing-the-lips rule, so he’d let her suffer.

He worked his hand from her behind to the side of her waist, sweeping up her rib cage. Her eyes were still luminous, focused on him, daring him to brush her breast, maybe even roll her nipple.

The biker jacket was in the way. He lifted his eyebrow, asking permission, as he loosened it off her shoulder.

Her gaze still challenging him, she nevertheless let the jacket slip to the floor, baring her smooth, creamy shoulders.

He dipped his head and pressed his lips on her neck, eliciting a sigh as her arms went around his shoulders. Kissing a trail from her neck to her collarbone, he alternately licked and nipped her exquisitely delicate skin.
“Any more rules?” he mumbled as he gently rubbed his beard shadow over her chest. 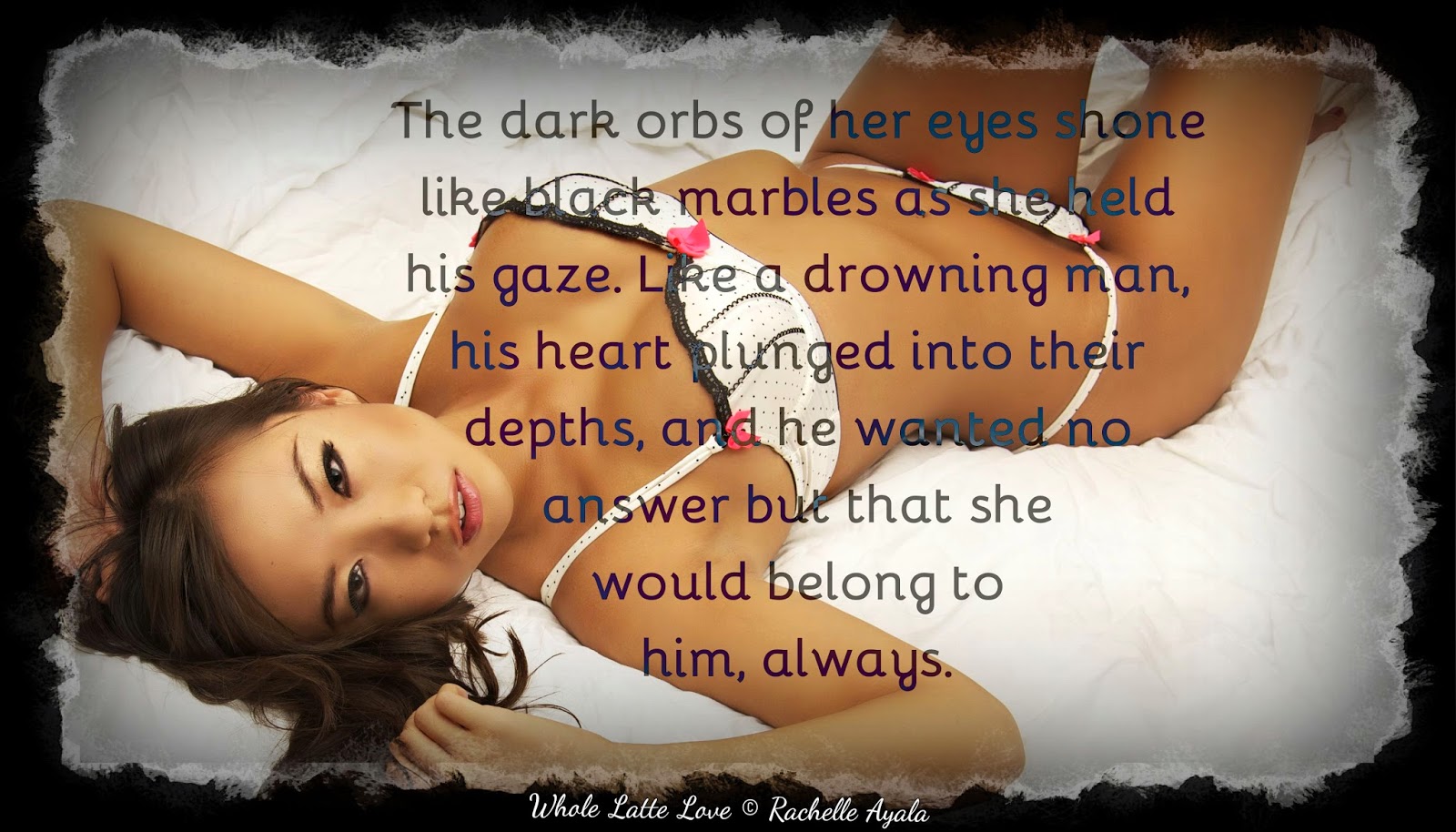 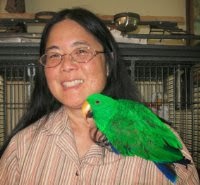 Rachelle Ayala is the author of dramatic fiction featuring strong but flawed characters. She writes emotionally challenging stories and is not afraid of controversial topics. However, she is an optimist and laces her stories with romance and hope.

Rachelle is an active member of the California Writer’s Club, Fremont Chapter, and a volunteer for the World Literary Cafe. She is a very happy woman and lives in California with her husband. She has three children and has taught violin and made mountain dulcimers.