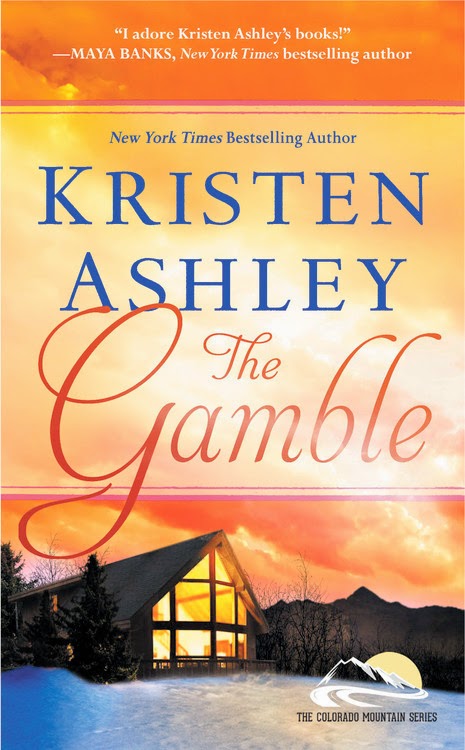 Love is the greatest gamble of all . . .

Nina Sheridan desperately needs a timeout vacation. With a fiancé who can’t even remember how she takes her coffee, Nina wants some distance to rethink her engagement. Flying halfway around the world from England to a mountain town in Colorado should do the trick. But when she finds a gorgeous man at her rental cabin, Nina’s cold, lonely adventure suddenly heats up.

The owner of the house, Holden “Max” Maxwell is surprised by the beautiful woman who turns up at his door. But when Nina becomes ill, Max spends days nursing her back to health. A private man with a broken heart, Max finds himself drawn to the strong-willed woman. Soon it becomes impossible for Nina and Max to deny their growing attraction to one another. Yet even as these two wounded lovebirds think about taking a chance on a relationship, a dangerous secret from Max’s past emerges-and threatens to end their love for good.

I woke, the sunlight bright against my eyelids and for a scant second I was confused.

Somewhere along the line I hadn’t only fallen asleep, Max and I had both moved back to our original position of him on his back, me partly sprawled on him.

I felt myself being moved and I kept my eyes closed at the feeling of it. With an exquisite gentleness the likes I’d never experienced before, he slid out from under me. Then he moved me so my head was on the pillow. I felt the covers pulled up over my shoulder and I listened to Max moving away.

For a moment I just allowed the fact to wash over me that big, solid, bossy, ungentlemanly Max could move me that way, touch me that way. Not only that he could but that he would and he did.

Then I listened to the noises in the bathroom, taps turning on and off. He came out and a drawer opened, then closed. I felt his presence leave the loft.
Then reality intruded.

Drat it all! I was such an idiot.

I heard soft noises from downstairs, the kitchen sink going on, then off. I threw back the covers and ran to the bathroom.

I used the facilities, brushed my teeth, flossed, washed my face, my mind blank except for the fact I was an idiot. I should have taken my opportunity at escape. Max was apparently a heavy sleeper. I could have gotten away.

I gathered all my stuff in the bathroom and went out to the loft, going straight to my suitcase. I dumped the stuff in willy-nilly, frantic, sorting through my clothes to pull together an Escape Max Outfit.

I was so focused on this I didn’t hear him hit the loft, and when his arm snaked around my waist, I jumped.

“Mornin’, Duchess,” he said into my hair when my back hit his front.

I went stiff and started, “Max—”

“Coffee,” he interrupted me.

“Max—” I began again, pulling at his arm and he let me go.

I took a step to the side, turning to him, opening my mouth to tell him exactly what was on my mind (though I didn’t know what that would be since nothing, at that moment, was on my mind) but he caught my hand. When I pulled back and took a step away, to my shock he twirled me, his arm lifting mine over my head like we were on a dance floor. He stopped me with my back to him and curled his arm around my belly, my back to his chest and he turned me toward the stairs.

“Coffee,” he repeated, forcing me with his body to walk forward while I was still held in his arm.

He was stronger than me and way bigger, so instead of pulling away, I focused on a fight maybe I could win.

“You slept with me,” I accused.

“Yes, he replied casuallyj. I’d known him essentially a day!

“You crawled in bed with me when I was asleep.”

“Yep,” he said again, and we hit the stairs. He let me go but put his hands firm to my waist and propelled me down.

“Coffee,” he said yet again.

His hand was now between my shoulder blades and he wasn’t stopping. I was forced to descend the staircase with him behind me or be shoved down them.

Seriously, he was so annoying!

“I’d like to put on some clothes,” I snapped.

“You’ve got on some clothes.”

“It’s a nightgown,” I said, hitting the foot of the stairs and whirling on him.

He grabbed my hand and headed toward the kitchen. I pulled back but he was stronger than me and he was apparently on a coffee mission.

He yanked me into the kitchen close to the coffeepot, which was filling, turned, and tugged at my arm so I was close. His hand dropped mine but his arm went around my waist, pulling my lower body into close proximity with his.

I looked up at him, opened my mouth, ready to let him have it, but he got there first.

“Oatmeal with one sugar or satisfy your hankerin’ for some toast with grape jelly?”

I pulled in so much breath I felt my chest expand with it, filling me up, warm and sweet.

Men didn’t remember things like you saying you missed grape jelly. Not if you just muttered it in passing. Charlie would remember that but he wasn’t just any man. He was Charlie.
There’d never been anyone like him.

Niles didn’t remember things like that. In fact, the incident that drove me to deciding to take this Colorado adventure time-out was when I had trouble sleeping one night, dragged myself exhausted to his kitchen the next morning, and Niles, in an unusual mood, offered to pour me a cup of coffee. When I’d gratefully accepted, Niles asked me how I took it.

Since I’d known Niles for two years, had woken up in his house so often there was no way to count, been to breakfast with him, dinner, to his parents’ house for lunch and dinner and he didn’t know how I took my coffee, didn’t pay even that amount of attention to me, it hit me I needed to think about our situation and I needed to do it fast.

“Duchess?” Max called, and I blinked at him, fighting back that warmth in my chest.

“Toast and jelly,” I whispered.

“Gotcha,” he said, letting me go but his hand came up, his fingers gliding along my jaw in a touch that was there, then gone physically. But the feeling of it remained. It tingled and it tingled in a nice way.

♥Other books in Colorado Mountain series♥ 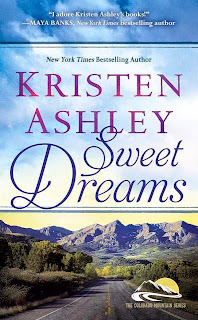 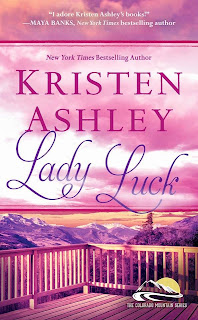 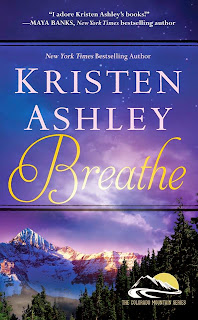 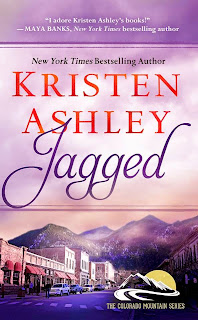 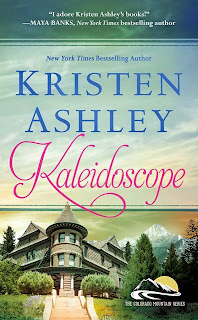 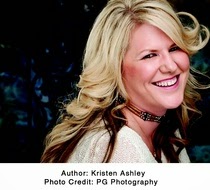 Kristen Ashley grew up in Brownsburg, Indiana, and has lived in Denver, Colorado, and the West Country of England. Thus she has been blessed to have friends and family around the globe. Her posse is loopy (to say the least) but loopy is good when you want to write. Kristen was raised in a house with a large and multigenerational family. They lived on a very small farm in a small town in the heartland, and Kristen grew up listening to the strains of Glenn Miller, The Everly Brothers, REO Speedwagon, and Whitesnake. Needless to say, growing up in a house full of music and love was a good way to grow up.  And as she keeps growing up, it keeps getting better.