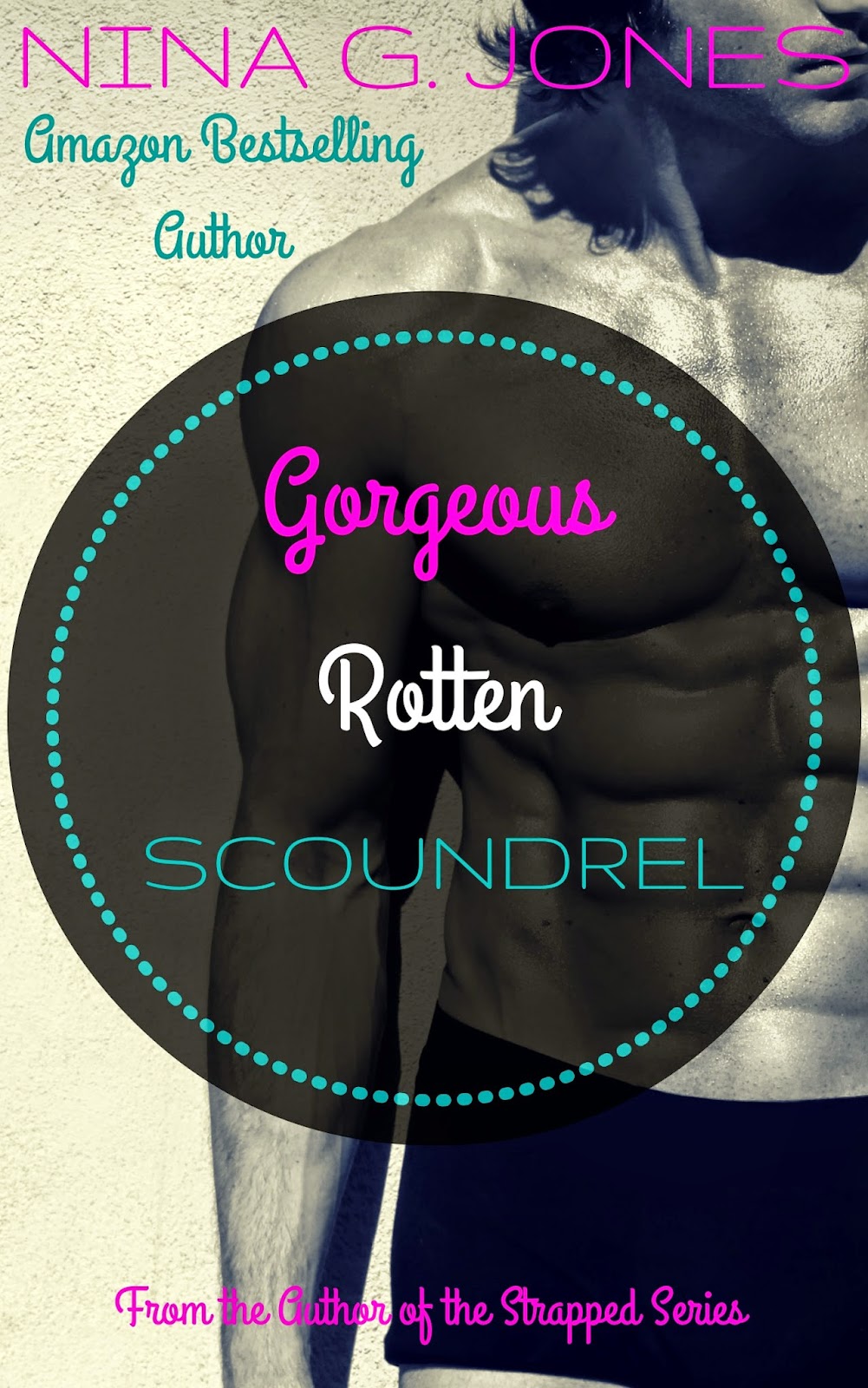 Synopsis
He was a pig, a jerk, selfish, callous, crude, tactless, prone to outbursts and gorgeous. The kind of gorgeous where you didn’t even attempt to hide the fact that you were staring. I knew the type: His entire life he has coasted on his good looks, artificial charm, and sex appeal. Everyone wanted to be him or be ON him. I had been hurt by jerks like him before. He was like those guys but far worse.

I was the unfortunate sucker to be offered a gig I desperately needed as his live-in chef for a Summer in the Hamptons. But I wasn’t like the other girls–the models and socialites who came through the revolving door of his bedroom. I would bite the bullet, take the job, deal with his sexist comments, his expectation that I would fawn over him, and have no problem letting the door hit my ass on the way out when I was done with the gig.

Then something unexpected happened that changed everything and I realized that there maybe more to him than the labels I had affixed to his character. Maybe.

Heath had steadily moved in closer and closer as we argued. The music of the club drowned out a good part of our shouting, but people were starting to look.

“I know the way I act might not make sense, but it’s because you…I don’t know how to…you confuse the shit out of me. I don’t want you to be with anyone else. I think about you all the time. Seriously.” The pitch of his voice dropped. He leaned in close to me, resting his hand on the wall above my head. His eyes turned down at the sides, begging for my understanding, for me to believe how serious he really was.

“Well, then, show me, but I don’t think you will ever be able to prove yourself.” Yes, Heath sort of opened up his heart to me, and I pulled out the bitch card, but I just wasn’t quite sold yet. Kenneth said all those things to me and more and look where that got me. That was when it boiled over. He jumped onto me, smashing his lips onto mine. My heart jumped up to my throat. According to my maths, at that moment, I gave approximately negative-two fucks about the fact that anyone was around. Heath poured himself over me with his tall build, sliding his hand from the back of my thigh up to my ass, pushing up my dress so that half of my left cheek was popping out. He pulled me towards him without breaking our locked lips as he felt for the wall behind him; it seemed he was familiar with this place. I paid no attention to where he was leading me, stumbling in my skyscraper stilettos. I only cared about his taste, and the feeling of his silky locks, the long and thick girth against my abdomen, and his smell…his smell.

It was the broomstick crashing onto the floor that led me to conclude we were in the janitor’s closet. Heath reached behind me and locked the door without skipping a beat. This was not the location of most sexual fantasies, but neither one of us gave a single shit. It was just him and me and weeks of simmering frustration and tension. 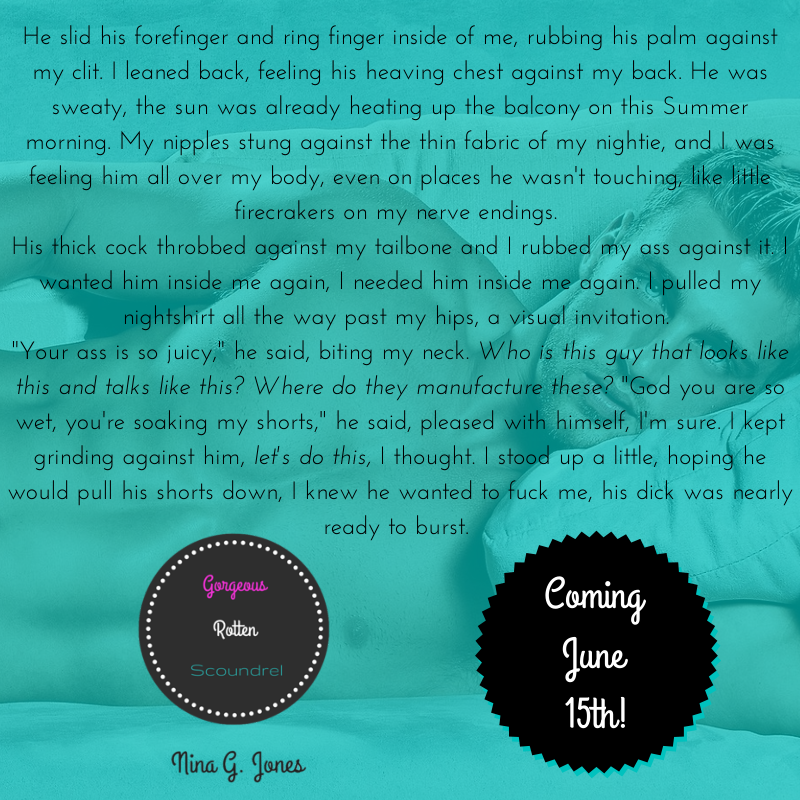 ♦Other books by Nina – Strapped series♦ 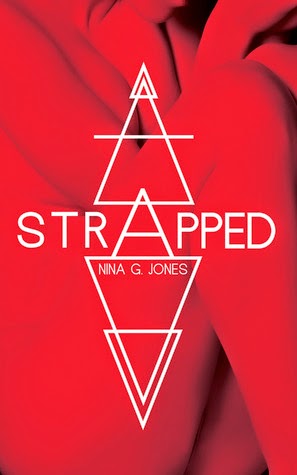 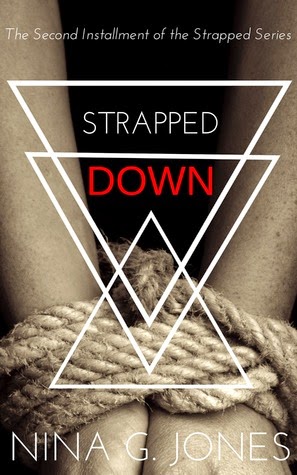 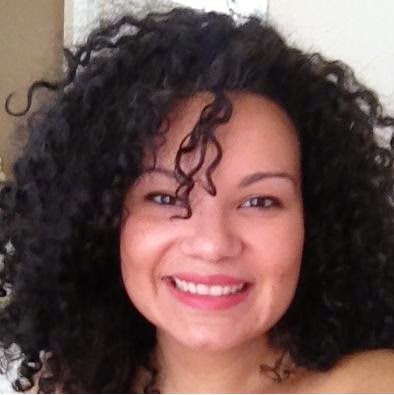 Nina G. Jones was born and raised in Bronx, NY and currently resides in Milwaukee, WI with her husband and two crazy Boxers.

Nina lives a pretty wholesome life, but is fascinated with the dark side of things. She loves watching true crime TV shows and it creeps her husband out to no end. Nina has a degree in Psychology and uses her characters as a vehicle to explore the human psyche.

She also totally gets it if you want to throw your Kindle at her when you reach the end of Strapped, but let her know so she has a chance to duck.