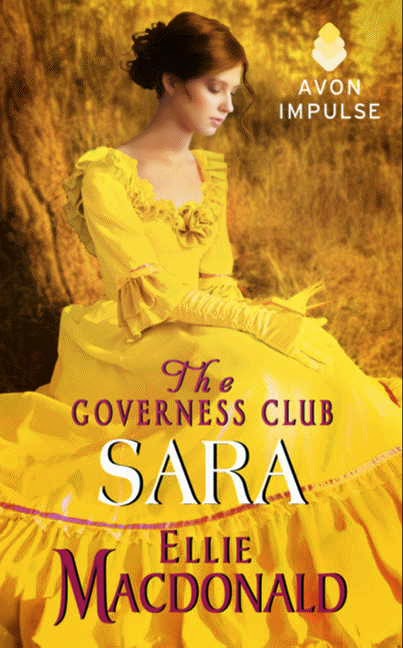 Sweet Sara Collins is one of the founding members of the governess club. But she has a secret… She doesn’t love teaching. She’d much prefer to be a vicar’s wife and help the local community. But this quiet mouse doesn’t want to upset her friends, and she resolves to help in whatever ways she can.

Nathan Grant is the embodiment of everything that frightens Sara. Which is why she can’t understand why the handsome but reclusive and gruff man is so fascinating to her. When Sara decides it’s time to take a chance and experience all that life has to offer, Nathan is the first person she thinks of.
Will Sara’s walk on the wild side ruin her chances at a simple, happy life? Or has she just opened the door to a once-in-a-lifetime chance of passion? 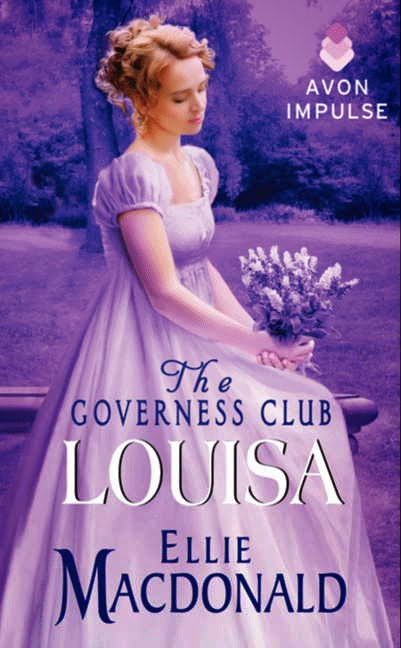 Synopsis:
Louisa Brockhurst is on the run – from her friends, from her family, even from her dream of independence through The Governess Club. But sometimes it’s easier for her to hide from those she loves in order to escape the secrets of her past.
Handsome but menacing John Taylor is a former prize-fighter turned inn-keeper who is trying to make his way in society. When Louisa shows up at his doorstep he’s quick to accept her offer to help – at a price. He knows that she’s hiding something and he can’t help his protective instincts around the beautiful woman.
Their attraction grows, but will headstrong, fiery Louisa ever trust the surprisingly kind John enough to tell him the dangerous secrets from her past that keep her running? Or will the power of her feelings scare her into running yet again?

Even if such declarations were not part of their arrangement. Nathan leaned down and kissed her again, taking her mouth with deliberate gentleness. Sara responded, opening her mouth at the first touch of his tongue, welcoming him in. The kiss deepened and she lifted her hands to cup his face again, enjoying the scrape of stubble against her palms. His tongue delved into her mouth, exploring and playing. She felt her anxiety melt away. Nathan lowered his body against hers, the first feeling of entire skin against skin making his head spin. He left her mouth and moved down her neck, pausing to pay attention to her rapid pulse. His hand slid down her side, slipping underneath her body to caress and fondle her bottom. 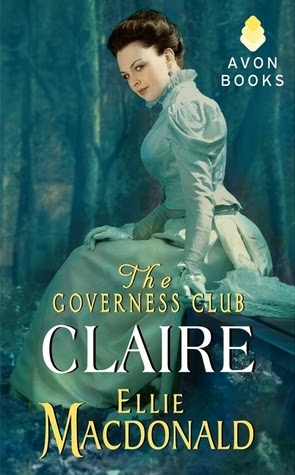 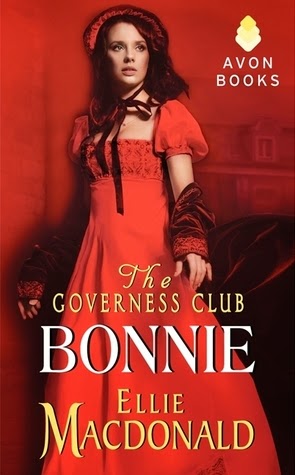 Ellie Macdonald has held several jobs beginning with the letter t: taxi-driver, telemarketer and most recently, teacher. She is thankful her interests have shifted to writing instead of taxidermy or tornado chasing. Having travelled to five different continents, she has swum with elephants, scuba dived coral mazes, visited a leper colony and climbed waterfalls and windmills, but her favorite place remains Regency England. She currently lives in Ontario, Canada. The Governess Club series is her first published work.