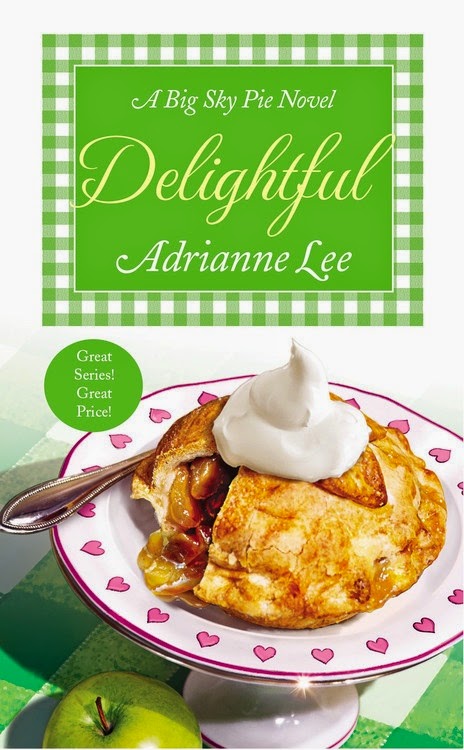 BAD BOYS ARE HER WEAKNESS
Ice Erickksen has “one-night stand” written all over him. Once he’s finished shooting the Big Sky Pie reality show, this hot-as-hell TV producer is going to hightail it out of Montana and return to his glamorous life in L.A. But Ice gets into hot water when one of the goodies in the pie shop-a delightful blonde with marriage on her mind-burns up the camera lens.
Andrea Lovette, the manager of the shop, always picks the bad boys. But after her divorce, she’s determined to find the good family man that her two young sons deserve. Although Andrea’s body sizzles whenever Ice is near, she knows in her heart that he’s not marriage material. Then why does the bad boy still seem like such a good idea?

She spun on her heel with every intention of chewing him out, but froze under the gaze of those mesmerizing eyes that haunted her dreams. His grin said he had her where he wanted her—all to himself.


He started to reach for her, but she pulled back. He cocked his head, studied her, something bothering him, but not what she expected. “How’s Lucas?”


The question seemed to come out of the blue, like an angry hornet biting into her exposed flesh. Why had he asked about her son? What did Lucas have to do with him? Nothing, that’s what. “He’s none of your concern.”


Ice pressed his lips together, nodding. “You’re right. He’s not. I was just. . .being polite.”


She nodded, knowing she needed to draw a line with him. “The other day with you was an awful mistake. It can’t happen again. Ever.”


“Awful?” A soft laugh vibrated in his throat. “I don’t believe you. . .and you know as well as I do that it will happen again. . .” He was staring at her mouth, and then her breasts—which were standing at attention, either from the cold of the room or the heat of his gaze. She should leave now, but her brain wasn’t paying attention. It was listening to the baser requests being made by the glances of this so-wrong-for-her man.


“I don’t have any expectations,” she said. “I don’t want anything more. No strings.”


“You don’t want strings.” She couldn’t help but chuckle at the absurdity of that. “Any woman harboring that fantasy only has to sleep with you to realize it’s a foolhardy notion.”


His eyes clouded, a sure sign that she’d dented his ego. “What does that mean?”


Oh, God, why had she opened this can of worms? How did she explain that she’d had a man exactly like him? That she knew from experience he was only in it for himself. He didn’t want her for her. He was only turned on by her loving wild sex as much as he did. What could she say that would make him stop coming after her for more? “Don’t get me wrong. I enjoy hot, dirty sex as much as anyone, especially with a lover who knows his way around the female body. But like most women, I want something more.”


“Such as?” The glint in his eye said “bring it on.” He was up for any challenge she wanted to throw at him. Literally up for it, she realized, judging by the bulge in his chinos.


Her resolve wobbled, her grasp on the situation slipping through her fingers. But she couldn’t think when he looked at her like this, when she wanted to feel his mouth on hers, his arms around her, his body pressed close.


He came toward her. “Can’t think of anything?”


“Yes. I can.” But nothing was coming to her. Nothing she’d say to him.


He’d backed her into a corner, the heat issuing off him making her panties wet and her heart thunder. She felt like a moth fluttering toward a killing light. If she wasn’t careful, she might let him strip her naked right here, just to extinguish the flame that burned for him. So much for being in control of any area of her life. She was a screwed-up mess.


He groaned her name, shoved his hands into her hair, and captured her mouth in a brain-tingling explosion of lust. She wanted to claw his clothes off and climb on top of him, right here, right now in the pie shop. He broke off the kiss, panting, his forehead to hers. “What is it about you. . .?”

✮ Grab the rest of the series ✮ 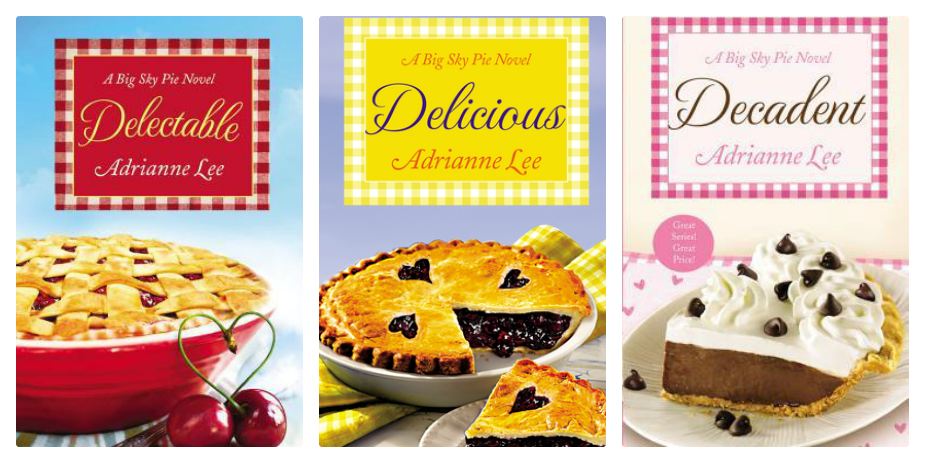 Adrianne Lee lives with her husband of many, many years on the beautiful Olympic Peninsula in Washington State in a pole barn building her husband transformed into an upstairs apartment with a shop below for his hot rods. Adrianne creates her stories on her laptop, in her recliner with her adopted cat, Spooky, curled between her calves, snoozing. Over thirty years of summer vacationing in the Flat Head Lake area near Kalispell and Glacier Park has given her a love for all things Montana.