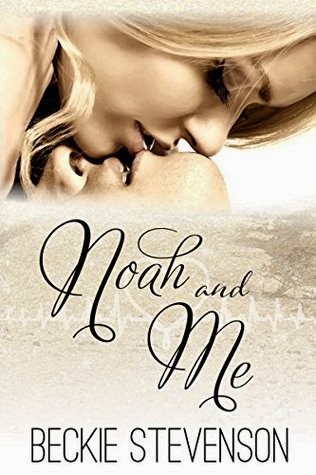 So you fix broken hearts, do you?” I ask. “Seems a little ironic.”
Noah Carter is one of the best cardiothoracic doctors in the country. He’s incredibly intelligent, funny, kind and he’s a beast in the bedroom. He has scars that drizzle down his chest and painful memories of an unforgettable night that plague his every waking hour.
Seven years ago, Noah stumbled upon me at the side of a grave and saved me in one of the most compassionate ways another human being can save another.  I will always love him for that. Always.
He loved me in a way that no man has ever loved me since, and I gave him everything. I gave him it all until my secrets and lies tore us apart, forcing me to shatter his heart into a thousand little pieces.
Seven years ago he loved me, but now he hates me. And I hate that he hates me. Leaving Noah is my biggest regret in life – and I have a lot of things that I regret. A lot.
I’m Ariel Miller and this is the story of Noah and Me.


“Let me go first,” he says. “I know that’s not very gentlemanly of me, but I’m filthy and I don’t like being dirty.”


He really shouldn’t have a job as a gravedigger then. “Okay.”


He turns and walks out of the bedroom. I sit up, watching him go into the bathroom that’s directly opposite and notice that he hasn’t shut the door properly. I hear the shower switch on, and then without really thinking about what I’m doing, I creep towards the bathroom. I peep through the opening and see a modern-looking bathroom suite that looks kind of odd compared to the rest of the house, which creaks like an old lady’s hip. All that I can see is the mirror and sink, but the mirror shows me the rest of the room. And him.


He grabs the bottom of his black t-shirt and pulls it up to reveal a grid of muscles that are splattered across his stomach and chest. My eyes want to devour each and every single one of them but are stuck to his chest for a completely different reason. From the top of his right shoulder, a stream of scars starts. As they near his nipple, the stream becomes a river. Then, as it falls down his side, it turns into a waterfall. I wonder what could have happened. They look like burns and they look painful. I shake my head, trying to ignore the fact that I care if he’s been hurt. Why do I care? He’s a complete stranger that I’ve only just met. I don’t care. I’m just being curious.


I look back over his chest, ignoring the scars, and concentrate on his muscles. I’ve seen pictures of men looking like that, but I didn’t think normal guys were capable of getting so buff. He lets the t-shirt fall to the floor with a huff and then his hands undo the button of his jeans before he slides them down his muscular legs.


He looks like a swimmer. His broad, round shoulders spread outwards before morphing down into a narrow waist, complete with inner rib muscles. He must be good, I think. You don’t get muscles in those sorts of places naturally without doing a lot of sport. And you wouldn’t do that much sport if you weren’t good at it. Or maybe it’s all the twisting he must do when he’s digging holes in the ground.


He rubs his hands down his face as if he’s stressed and then pushes his boxers down his legs. 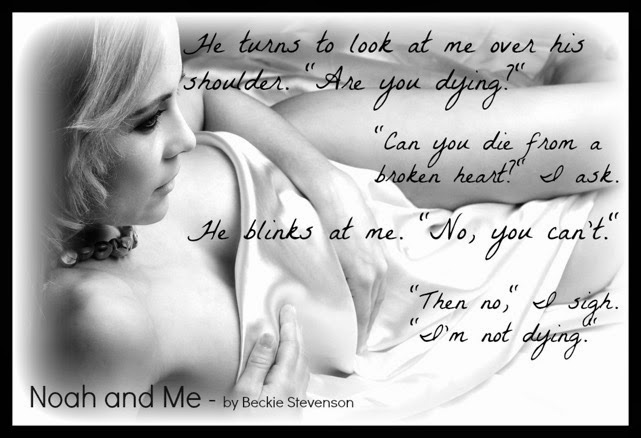 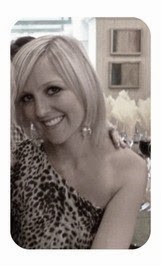 Beckie’s real name is Rebecca, but she get’s called (and answers to) any of the following…Beckie, Bek, Becca, Rebecca, Pip, Pippy or Stevo.
Beckie is the author of ‘Sorrow Woods,’ the ‘Existing’ series and ‘Noah and Me.’
She is due to publish more YA and NA novels in 2015/16.

She lives in Staffordshire, England, with her partner and two children.
Beckie likes putting music on in the house and dancing around like a mad woman.

When she isn’t playing with her children, doing housework, dancing around the house like a mad woman, walking, cycling reading or writing, then she can be found working in an investment bank. Or sleeping.
You can find Beckie here…