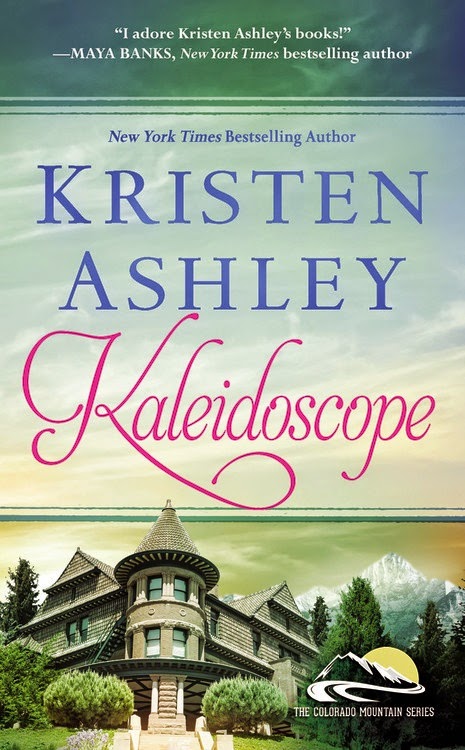 When old friends become new lovers…anything can happen.
Sexy, gifted, and loyal, PI Jacob Decker is a tall, cool drink of perfection who had Emmanuelle Holmes at “hello.” His relationship with Emme’s best friend kept them apart for years, but things have changed. Now that a case has brought him to Gnaw Bone, Colorado, the road is wide open for Emme and Deck to explore something hotter and deeper than Emme dreamed possible. So why is she sabotaging the best thing that’s ever happened to her?
It isn’t easy to catch Deck off guard, but Emme does just that when she walks back into his life after nine long years. The curvy brunette had her charms back in the day, but now she’s a bona fide knockout . . . and she wants to rekindle their friendship. Deck, however, wants more. Emme’s always been the one; she excites Deck’s body and mind like no other woman can. But a dark chapter from Emme’s past overshadows their future together. Now only Deck can help her turn the page-if she’ll let him . . .

I dropped my leg so I was sitting cross-legged in the couch and leaned into him. “Honey, you remember everything so I don’t have to remind you I haven’t seen you in nine years. I dig it that we reconnected and I love having you back.” I again threw an arm out, this time toward him and back to me. “This is great. You and me spending time together, shooting the breeze. I missed that. And I get it that friends make gestures, but this is too much.”


His eyes warmed during this speech and he took his arms from the couch, bent his legs, leaned into them, and me, and put his elbows to his knees, never releasing my eyes.


“Baby, I want you warm and liquid. The first bein’ physically, the second bein’ financially. You stop payin’ so much for heat, you’ll have more money for the rest of the shit you gotta do.”


And I needed to address that.


His head cocked and his eyebrows drew together. “What’s what?”


Something happened to his eyes, his face, his whole big body and that something made me brace at the same time it made my heartbeat escalate.
“You know what it is,” he said softly.


His eyes stayed locked to mine and I knew him relatively well, or I used to. But even if we hadn’t been separated for years, I still would not have been forewarned to the fact he was about to blow my mind.


“Before, we had Elsbeth between us. My head was fucked about that, about her, and it took almost a decade to get it unfucked. Lookin’ back, havin’ you back, I now know and I reckon you know, that’s the way it was. She was between us. She knew it too. And she didn’t like it. But it didn’t matter. My head was fucked so I couldn’t see clear of her and not doin’ that, I didn’t see you.”


I knew my lips had parted. I also knew my eyes got big. And last, I had no clue what to say.


So I said nothing.


“Now she isn’t between us,” he finished.


It was then I knew what the “baby” business was.


I just had no idea how to react to it because I never considered it. He was beautiful. He was kind. He was smart. He was funny and interesting and affectionate.


But he was my best friend’s boyfriend.


That didn’t mean my mind didn’t go there in vague ways, not stupid enough to wish for something I could never have, just silently covetous of what Elsbeth had. And, because of all that he was and that Elsbeth had it, in the end, infuriated she threw it away. Angry enough to end an important friendship because of it.


Sitting there, all that was Jacob, and all that being spectacular sitting across from me, holding my eyes, I finally understood that the reason I was angry at my friend was because, in throwing Jacob away, she took him away from me.


And now I had him back, but also, he was saying I’d always had him a different way, we just didn’t go there and he was going to take us there.
Yes. I had no clue what to say but my body had a clue how to feel. Warm and there were a lot more tingles.
“Jacob—” I started on a whisper.


But he interrupted again.


“You saw me, asked me out to dinner that same night, no fuckin’ around. Since then, you’ve called twice for no reason except to connect, and, baby, before you freak that I noticed that and what it said, I’ll tell you, I’m fuckin’ glad you did and I’m also fuckin’ glad about what it said. The boyfriend you were on the fence about, you got off the fence in less than twenty-four hours after seein’ me again and decided to get shot of his ass. And you didn’t waste any time gettin’ me right where I am tonight. That is not friends reconnecting. You know it. So do I.”


I shut my mouth. 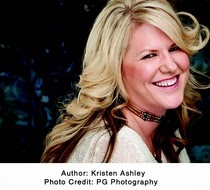 Facebook • Twitter • Goodreads • Website
Kristen Ashley grew up in Brownsburg, Indiana, and has lived in Denver, Colorado, and the West Country of England. Thus she has been blessed to have friends and family around the globe. Her posse is loopy (to say the least) but loopy is good when you want to write. Kristen was raised in a house with a large and multigenerational family. They lived on a very small farm in a small town in the heartland, and Kristen grew up listening to the strains of Glenn Miller, The Everly Brothers, REO Speedwagon, and Whitesnake. Needless to say, growing up in a house full of music and love was a good way to grow up. And as she keeps growing up, it keeps getting better.