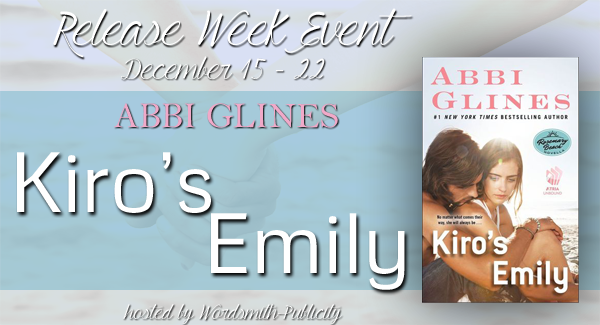 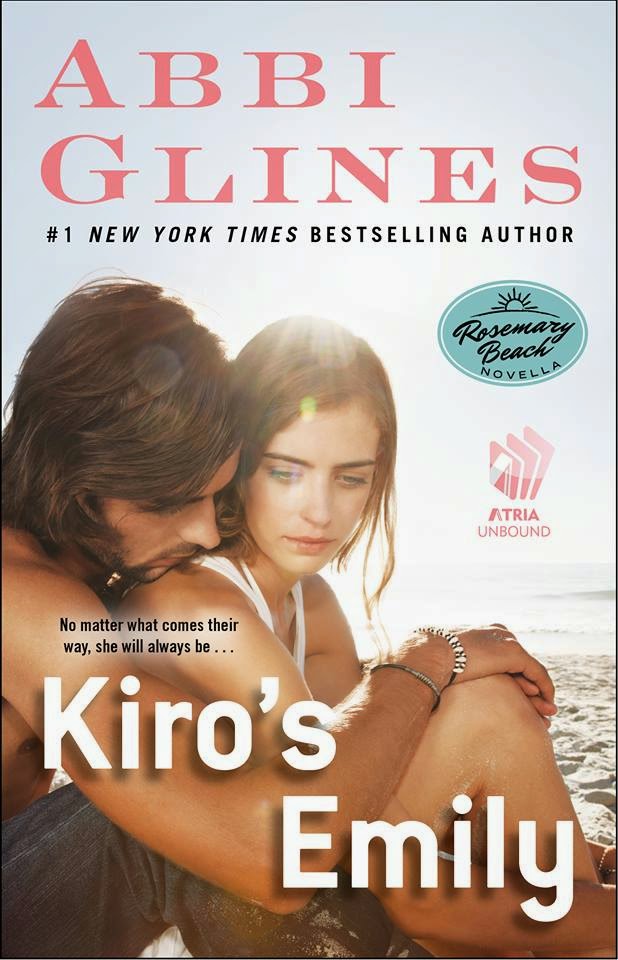 The year is 1992, and no one on the rock music scene is hotter than Kiro Manning, the lead singer of Slacker Demon. With a multi-platinum record, total ownership of the Billboard charts, sold-out concerts, and sinful amounts of money, Kiro can have anything—and anyone—he wants.
So when a dark-haired, conservative beauty rebuffs him at a concert after-party, his first thought is, “Who the hell does she think she is?” His second thought: “How do I make her mine?” Kiro has always loved a good challenge, but not every girl wants to get involved with a rock god. Especially this girl.
He let her go that night, but he never forgot her. And when they met again, he vowed not to give up again so easily.
As the world worshiped Kiro, he came to worship the girl, who became everything he never knew he needed. The only girl he would ever love. His Emily.
From #1 New York Times bestselling author Abbi Glines comes a heart-wrenching e-novella in the Rosemary Beach series about the star-crossed romance between Kiro and Emily, first introduced in Take a Chance. This is Abbi’s holiday gift to the devoted fans of the series.
✲ FREE eNovella ✲ 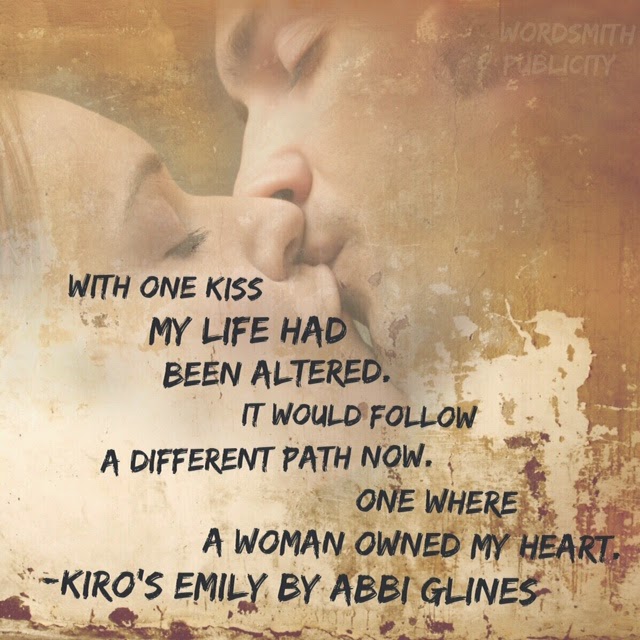 
I knocked on the door, trying hard not to be pissed that this piece of shit apartment complex with no fucking security was Emmy’s home. This wasn’t where I’d been picturing her. And I pictured her a fucking lot.


Waiting with my hands tucked in the pockets of my jeans, I was trying to remain calm. But fuck it all, I had been waiting to see her face for months. Every time I heard her voice my entire body went on high alert. I couldn’t rein in its attraction to Emmy.


I heard a chain sliding out of the lock as the door swung open, revealing her in a pair of tiny little shorts and a camisole. Her hair was tangled and her gorgeous eyes were wide.


“Kiro,” she said, unable to hide the grin that lit up her face. It was midnight. I had changed my flight from London to come here instead of Los Angeles. I didn’t fucking miss my house. I only missed one thing while on tour, and it was this face. Fuck me.


“I wake you up, angel?” I asked, stepping into her apartment with my hands still firmly stuck in the pockets of my jeans. I didn’t trust them around Emily. They wanted to touch her.


It was then I realized she had just crawled out of bed. Her hands went to her hair as she ran her fingers through the strands, trying to tame them. But I liked it just the way it was.


“I… you’re here. At my apartment.” She sounded flustered. Then her nose scrunched up and she frowned. “Oh wait. I’m asleep. This is a dream.” Her face fell.


Fuck it! I took my hands out of my pockets and wrapped her in my arms. She inhaled deeply as I held her to my chest. “I’m real and you’re very awake,” I told her, unable to keep the thickness out of my throat. She got to me. She was fucking with my head. Seriously fucking with it.


“You feel real.” Her arms came around my waist.


I closed my eyes and soaked her in. Pressing a kiss to the top of her head, I stood there with her in my arms as long as she would let me. Hell, I would’ve stood there all damn night if she wanted me to.


“I thought you’d be ready to go home. Aren’t you homesick?” she asked, tilting her head back to look up at me.


“I was only missing one thing, angel. And it wasn’t in fucking L.A.” I winked as I cupped her face and felt her soft skin under my thumbs as I brushed her cheekbones.


She frowned a moment. “Do you mean me?”


I hauled her against me and lifted her inches off the floor as I took the few strides to the sofa and sank down with her in my lap. She didn’t pull away, and God, that felt good. “So fucking sweet,” I murmured as I stared down into her face. I hadn’t made this shit up. She was better than I remembered. Fuck, she was so much better. That voice had gotten me through the tour. 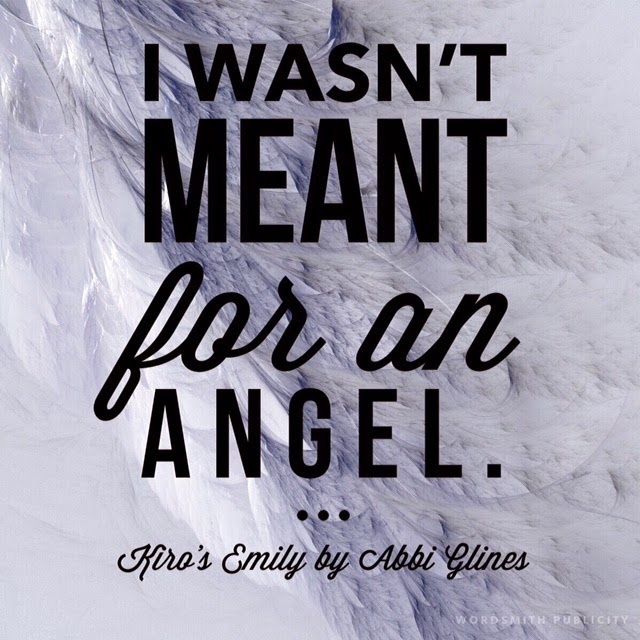 Website • Facebook • Twitter • Instagram • Snapchat • Goodreads
Abbi Glines is a #1 New York Times, USA Today, and Wall Street Journal bestselling author of the Rosemary Beach, Sea Breeze, Vincent Boys, and Existence series. She has a new YA series coming out in the fall of 2015 titled The Field Party Series . She never cooks unless baking during the Christmas holiday counts. She believes in ghosts and has a habit of asking people if their house is haunted before she goes in it. She drinks afternoon tea because she wants to be British but alas she was born in Alabama. When asked how many books she has written she has to stop and count on her fingers. When she’s not locked away writing, she is reading, shopping (major shoe and purse addiction), sneaking off to the movies alone, and listening to the drama in her teenagers lives while making mental notes on the good stuff to use later. Don’t judge. 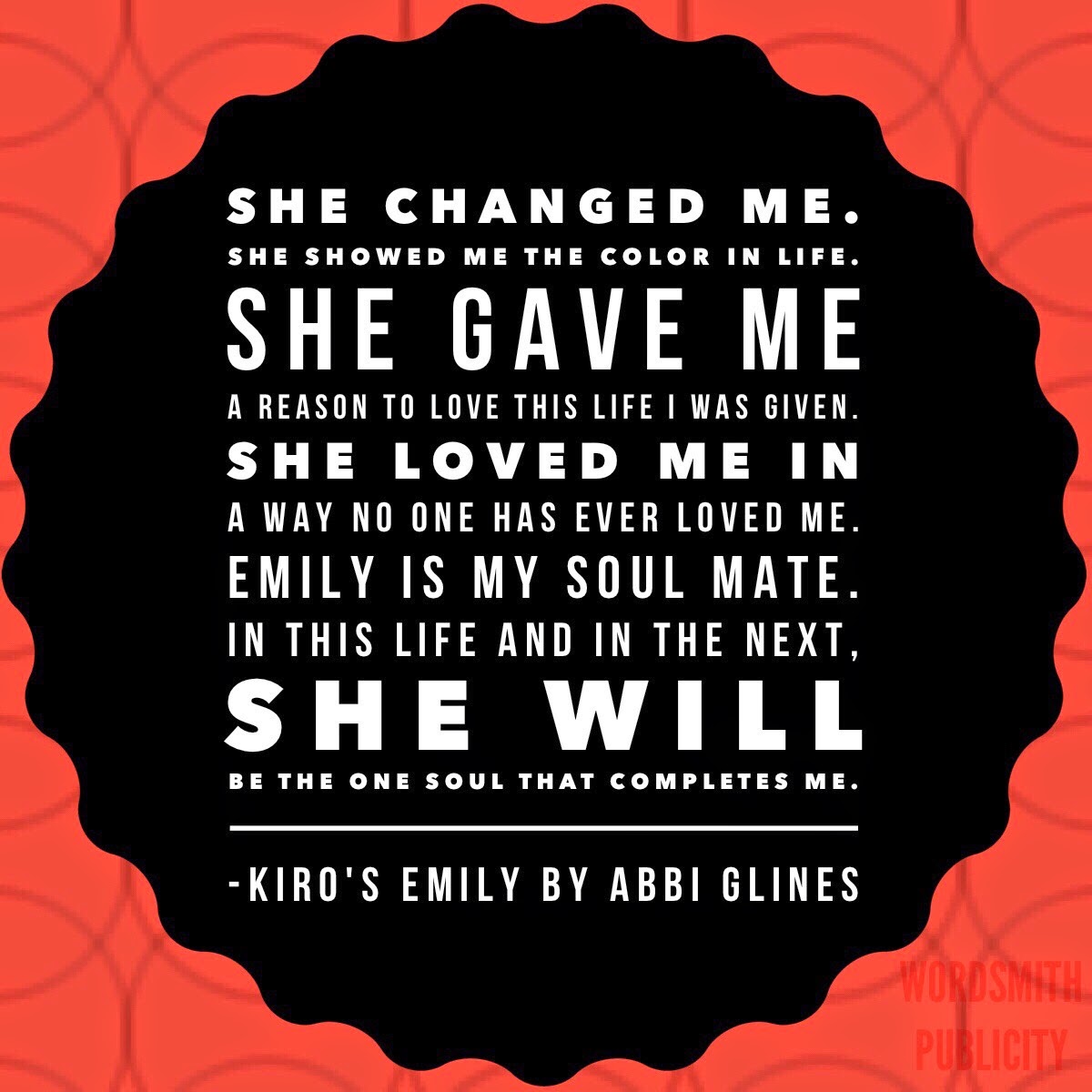