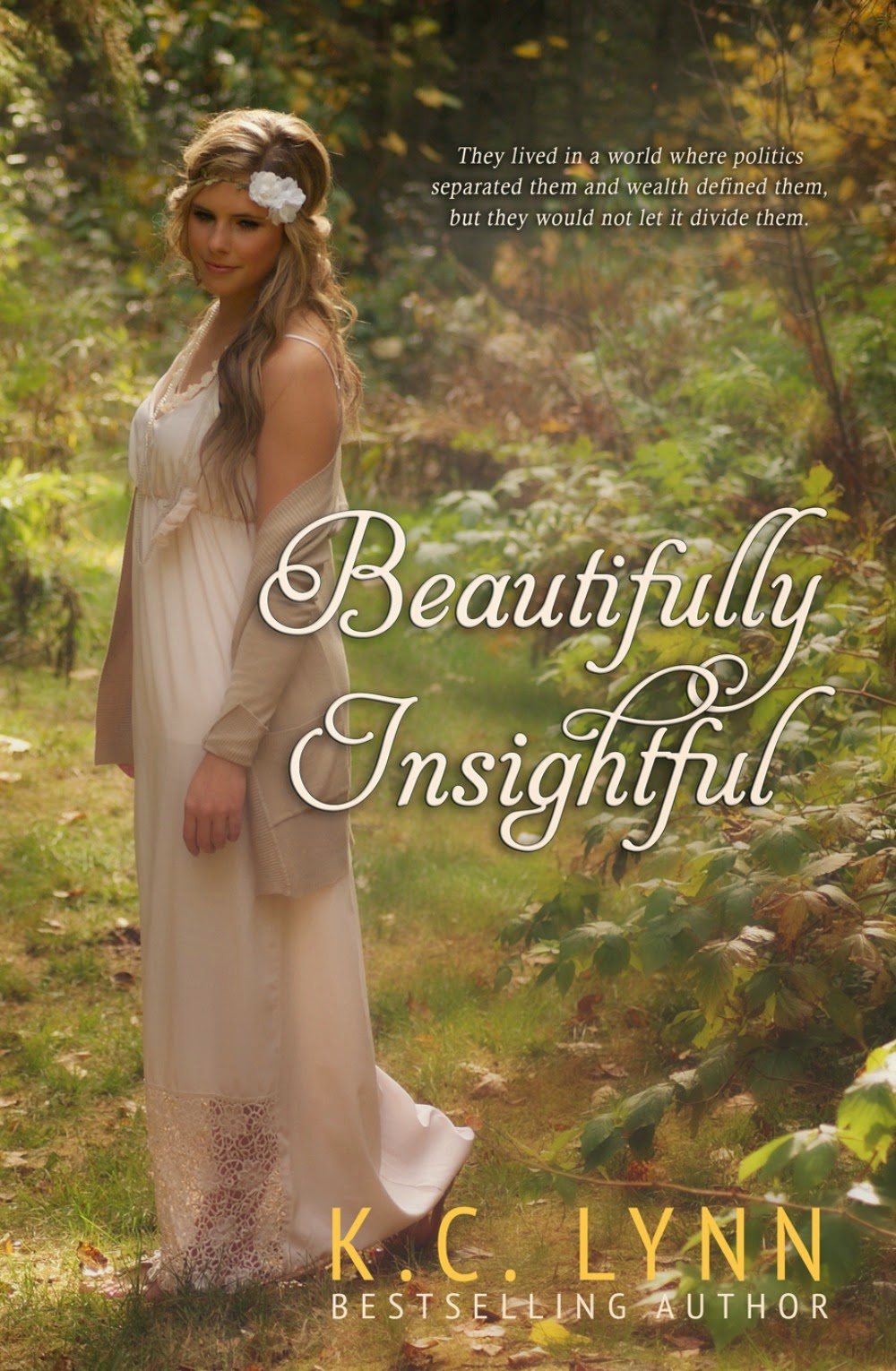 EMILY MICHAELS ~ Have you ever felt like you didn’t belong? Like you never fit in, or you weren’t good enough? This is how I have felt for as long as I can remember.
I see the world differently than everyone else, I feel everything differently and I reflect on life differently. And being different in my world is not a good thing.
I live in a place that’s divided between the rich and the poor, the beautiful and the unbeautiful, the prestigious and the mediocre. I have always belonged in the first category, because my father was the Governor of Georgia.
Growing up around people I could never relate with, my life had always been lonely, that was until my senior year when I met the one boy who would change my life forever. A boy who my parents would never approve of because he didn’t come from money or the same social class. He rode a motorcycle, had tattoos and was considered to be from the wrong side of the tracks. Yet he was still envied by many.
Ryder Jameson was someone who every guy feared, and one who every girl wanted to be touched by. He didn’t do attachments, or have friends… until me. And for the first time in my life I finally felt like I belonged. When I was with him, my different didn’t feel wrong or ugly. He made me feel beautiful- insightfully beautiful. Then one day my world came crashing down on me, and it would be six years before I’d once again see the boy I fell in love with.
RYDER JAMESON ~ After working my ass off I am given the opportunity of a lifetime, and if I pull it off I will be the youngest FBI agent to run one of the biggest undercover operations in history. Only the case that gets thrown in front of me leads me back to the one place I swore I would never return to, and to the only girl who’s ever mattered to me.
Except Emily Michaels is not the same girl I left behind. She still looks the same, she’s still beautiful inside and out, but there’s one thing that’s very different about her, one very big thing, and it’s something I didn’t think was possible.
Ryder and I come from a world where politics separates us and wealth defines us, but even after all this time we will not let it divide us.
Here is our story. 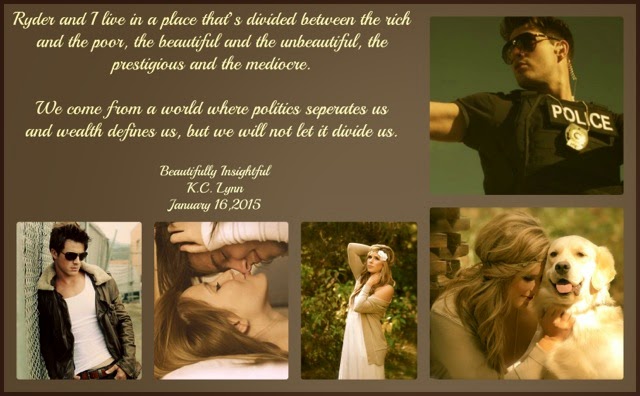 A memory from the past~


A big smile spreads across my face as we walk up to a black motorcycle. “Are we going to ride this?” I ask hopefully.


“Yeah, this is the new bike I bought from Hector.”


“Eeeek!” I clap excitedly and Ryder chuckles at my obvious enthusiasm. I look down at my attire. “Er, I guess I’m not dressed great for it.”


A dirty grin tilts his sexy lips. “I like it better that way.” He winks suggestively and I feel my face heat. Sheesh, I really hate that. “Here.” He passes me his jacket but I push it back at him.


He glares at me and thrusts the jacket my way again. “No, you won’t. Take the jacket.”


“Emily, would you not argue with me for once, and just take the fucking jacket.”


I roll my eyes then rip the stupid jacket from him. “Geez, you have a serious problem with being bossy,” I tell him as I put the damn coat on. Oh man, maybe it’s not such a bad idea after all, it smells really darn good, but there is no denying I look ridiculous in it. I throw my arms up showing him how long the sleeves are. “I look stupid!”


His eyes roam down my body, suddenly making me think I might not look like an idiot after all. Sitting on the bike sideways, he grabs the lapels of the jacket and pulls me between his legs. “You look fucking sexy in anything you wear, but especially my clothes. And you look as good now as you did six years ago when we left that beach party and I took you on my bike for the first time. Except back then your dress was yellow, not pink.”


My heart turns over in my chest at his words. The night he talks about is a night I have never forgotten, and clearly he hasn’t either. The fact that he remembers it so vividly, right down to what I wore, repairs a small part of my scarred heart. “I can’t believe you remember what I wore that night,” I whisper.


“Baby, there isn’t a second of our time together that I don’t remember. You, Emily, are not someone I could ever forget.”


I stare at him speechless, a sudden storm of emotions roiling inside of me. Then why? I want to scream. Why did you leave me? He stares back at me, his gaze intense as if he knows what I’m thinking. I consider asking him, right here, right now, but as I dig for courage he ends up breaking the moment by grabbing his helmet and putting it on my head. It’s probably better. I will ask him eventually. I will. But maybe not tonight. For tonight- I want to forget about all the bad, forget about what took him from me and just be in a place that I haven’t been for six years, a place that only Ryder and I create.


“Lift your chin.” I do as he asks. After he tightens the straps, he straddles the bike, and oh boy does he look good on it. Heat pools low in my tummy when I think about what we did on his bike back in high school, or rather, what he did to me…


I suddenly notice he’s watching me with an arrogant smirk. “This is one of those times, Emily, when I know exactly what you’re thinking. It’s written all over your pretty, flushed face.”


“If you want to go for a ride on this bike I suggest you get your sexy ass on the back of it before I change my mind and end up taking you for a ride right here.”


Oh god, just the thought of riding him instead of the bike has an ache starting between my legs. I scoff, hoping to hide his affect on me. “Settle down, Jameson. I was just noticing how completely awkward you look on the bike is all.”


He bursts out laughing, and it’s so infectious I can’t stop from laughing with him; we both know I’m full of it. “You are the shittiest liar.”


“I know,” I agree with a giggle, not bothering to deny it. I get on behind him and wrap my arms around his waist, bringing my front flush against his hard, warm back. My smile dies and my heart flutters at the familiar feeling of being this close to him again. It’s a feeling I didn’t think I would get to experience again. 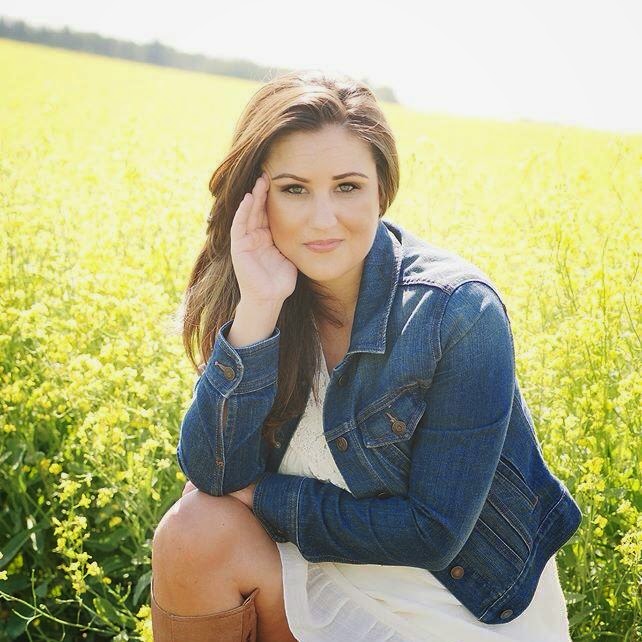 K.C. Lynn is a small town girl living in Western Canada. She married her high school sweetheart and they have four amazing children: two lovely girls and a set of handsome twin boys. It was her love of romance books that gave K.C. the courage to sit down and write her own novel. When she is not in her writing cave, pounding out new characters and stories, she can be found living between the pages of a book, meeting new tattooed, hot alpha males with very big…Hearts.