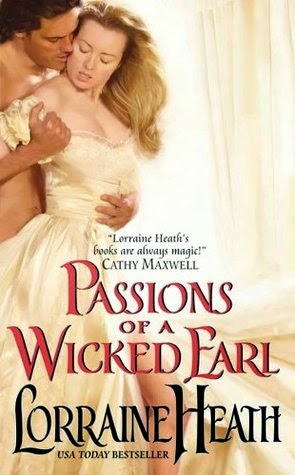 Known throughout for his prowess in the bedroom, Morgan Lyons, the eighth Earl of Westcliffe, cannot forgive an unpardonable affront to his honor. Discovering his young bride in the arms of his brother was a staggering blow—so he banished the beautiful deceiver to the country and devoted himself to the pursuit of carnal pleasure.

Claire Lyons was an innocent, frightened girl on her wedding day, seeking chaste comfort from a childhood friend. Now, years later, she has blossomed magnificently and has returned to London with one goal in mind: the seduction of her notorious husband. Unskilled in the sensual arts, she burns nonetheless for the kisses too long denied her. And she has but one Season to win back the heart of the rogue she betrayed. 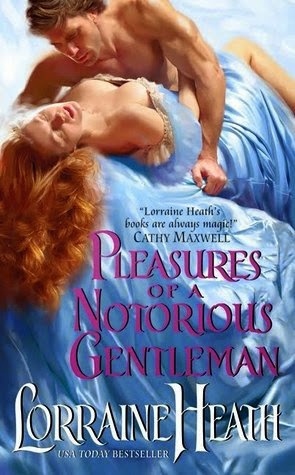 As the black sheep second son of an Earl, Stephen Lyons has gained a reputation in the art of seduction, but when his wicked ways result in scandal, he joins the army to redeem himself. On the battlefield, he proves courageous . . . until he is seriously wounded. Returning home to recover, he discovers he can’t remember the angelic beauty who arrives at his doorstep, his babe nestled in her arms.

Mercy Dawson will risk everything to protect the son of the dashing soldier she once knew and admired. When Stephen offers to do the honorable thing, she is determined that London’s most notorious gentleman will desire her and no other. But Mercy fears that what began as an innocent deception could destroy her dreams and their blossoming love if Stephen ever learns the scandalous truth . . .

If you haven’t read any Lorraine Heath novels you need to!  The are first two novels in her newest series “London’s Greatest Lovers” are wonderful.  The series is about 3 brothers who each find their happy ending. You also get a bonus love story because their mother’s story is woven throughout all three books. The 3rd book titled Waking Up with a Duke isn’t available until July 2011 which I will definitely be in line to pick up when it comes out.

The contest will run until next Friday (12/24) and is open to everyone.  Two winners will be chosen at random by random.org.  To enter, just leave a comment below with an e-mail address if your profile does not list an e-mail addy.  Tell me what books you are looking forward to in the coming new year.

Also you can check out my review for Passions of a Wicked Earl, book 1 of the series.  You can read the review HERE.

You can find out more about Lorraine Heath and her fantastic books HERE.  She has some other earlier works that I highly recommend.