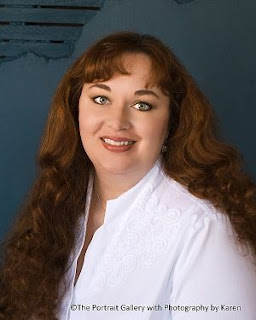 Shannon:
I get tons of requests
for different heroes in the Sentinel Wars.
Mostly Torr, now that I’ve written Madoc’s story.  And Joseph is popular as well.  I do plan to write stories for both of these
poor, tortured souls.  Of course I’ll
have to torture them even more before I’m done with them.
Ing:
Now on to questions about you.  We
want to know more about Shannon Butcher.
Who are some auto buy authors that you read now?
Shannon:  Lora Leigh, Sherrilyn
Kenyon, Lori Foster, J.R. Ward, Suzanne Brockmann, Shannon McKenna, and Lisa
Marie Rice all come easily to mind.
There are many more, but that’s a good sampling.
Ing:
What was the first romance book you ever read?  Do you still have the book on your shelf?
Shannon:  Julie Garwood’s GENTLE
WARRIOR was my first romance, and I do still have it.  She was at least partially responsible for me
wanting to become a writer.  I so <3
her.
Ing:
Any movies you’ve seen lately that you would recommend? Or TV shows that
you love right now and don’t ever miss?
Shannon:  I’m a big ol’ geek, so
I like the sci fi/fantasy stuff a lot.
We just saw RED RIDING HOOD and it reminded me of the role playing game,
Warhammer, which is awesome.  I love
Psych, Castle, Fringe, Bones, Big Bang Theory, and my all-time favorite TV show
is probably Supernatural.  Serious yum
factor there!
Ing:
If you could be one of your heroine for a day which one would you be and
why?
Shannon:
None of them.
Their lives are way too interesting and stressful.  I like my calm, quiet life at the keyboard.
Ing:
What is life like for a family where both husband (Jim Butcher for those
don’t know) and wife are writers?  Do you
guys ping ideas back and forth with one another all day?  Are you each other’s critique partner?  Any plans on collaborating and doing a book
together?
Shannon:  We have no plans to
collaborate on a project.  We’d rather
stay married.  We also don’t read each
other’s work.  Our lives could so easily
become all about the work, and we try hard to set our relationship above all of
that.  We do talk shop, brainstorm ideas
and help each other out when we run into problems, but we limit it and make
sure that there’s more to our life than just writing.
Ing:
If you could go back to your younger self what would be the one advice
you would give yourself?
Shannon:
Invest in Apple?
Seriously, I’m happy with the way things turned out.  I’ve made mistakes that later turned out to
be blessings, and while my life has had its hard spots, those struggles have
shaped me into who I am.  And I like who
I am.
Ing:
If you weren’t writing what else would you be doing right now for a
career?
Shannon:  I’d probably still be
an engineer, or will have gone back to school to earn a degree in architecture.
Ing:
Shannon thanks so much for stopping by today!  I really appreciate you stopping by and
answering all these questions.  Congrats
again on the new series.  Do you have any
last words or questions you would like to pose to the readers of this blog?
Shannon:  I always love to hear
from readers, and know what kinds of things they like to read about.  Some authors will tell you they write books
for themselves, but I tend to write mine for others to enjoy.
Thanks so much for letting
me come by and play!
**************************
Ahhh…I’m with you Shannon, I love Julie Garwood.  She started my love affair with all things Scotland!  Shannon has graciously offered to give 2 copies of On the Hunt an anthology that contains a short story by her called “The Collector”. This story features Neal from The Sentinel Wars and it falls between books 3 and 4 in the series. So if you are interested in winning a copy see below for the rules and details of the giveaway!
Rules and Details for Giveaway:
To learn more about Shannon K. Butcher and her books click on the following links:

Here is more details on Shannon’s current release and some of previous books: 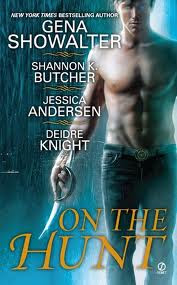 With shadowy creatures, intoxicating magic, vivdly imagined
worlds, and sizzling passion, this is an anthology no fan of paranormal
romance will want to miss. 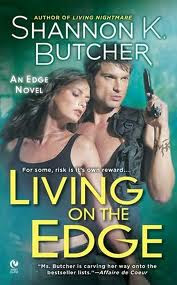 After a devastating injury, Lucas Ramsay knows he’s finished as a
soldier.But when the general who saved his life asks him for a favor, he
says yes. All Lucas has to do is keep the general’s daughter from
getting on a plane to Colombia — which is easier said than done…

Independent to the core, Sloane Gideon is a member of the Edge-a
group of mercenaries for hire. But she’s not on the clock for this
mission. Her best friend is being held by a vicious drug lord, and
Sloane must rescue her — no matter how many handsome ex-soldiers her
father sends to dissuade her. 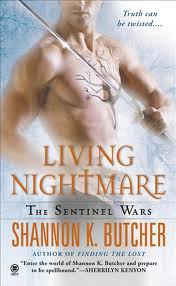 They are the Sentinels. Three races
descended from ancient guardians of mankind, each possessing unique
abilities in their battle to protect humanity against their eternal
foes: the Synestryn. Now, one Sentinel’s burning loyalty and love may
prove to be her greatest weapons.

For nine years, Nika has had one goal: to save her younger sister
from the Synestryn who hold her captive. Now the psychic bond Nika
forged with her sibling is fading, and time is running out. But the one
man who can unlock the power inside her left and never returned, leaving
Nika alone to rescue a sister everyone else believes is dead.
Madoc swore to himself he would never enter Dabyr again. For his soul
is nearly dead, and he fears what he might do to those he’s sworn to
protect — especially Nika. If he accompanies her into the Synestryn
realm, his forbidden desire for her may unleash the savage monster
within him. But Nika’s need to rescue her sister is soon becomes
intertwined with her passion for Madoc, while the a key to victory in
the war may be within her reach…