***I received this book for free in exchange for an honest review. This does not affect my opinion of the book or the content of my review.***

Rose Murphy is ready to break free from her brother’s control. She’s ready to open her own ballet studio. And most of all, she’s ready to live without fear. So when she sees her brother’s lawyer, the man she’s lusted after for years, she gives in to her body’s desires.


My Review:
This is my first Amber Lin book and won’t be my last. Tempting Fate is the third book in The Lost Girls series and reads very well by itself. I would even say this is more of book 2.5 since it was novella length rather than a full novel length. Tempting Fate tells the story of Rose Murphy and Drew Laramie. Rose is the sister of Colin who was the hero in book #1 (Giving it Up). Rose was raised by her older brother Phillip, who has some questionable business dealings that are not all within the law. Rose lived in a group home when she was younger and experienced some bad things while living there. Because of this Phillip is protective of his sister and brother. Rose has been sheltered and has just gone along with life.

Rose is making decisions and slowly waking up. That’s the best way to describe what she’s going through. It’s like she’s been asleep and just going along but now waking up and seeing things. Her attraction to Drew has been simmering and building through the years. Going after Drew is one of the decisions she’s making. When an opportunity presents itself, Rose throws down the gauntlet and let’s Drew knows she wants him.

Drew has been the lawyer for Rose’s brother Phillip for a long time now. He has always been attracted to Rose and as the years has gone by he’s been slowly waiting for some signal from Rose that she was ready. He knows there will be some backlash from Rose’s brother but he’s willing to face them because for him, Rose is it.

Whew boy! When these two give into their attraction it’s in one of the hottest ways. Talk about voyeurism sexiness. For a shorter length book there was a lot happening. I never felt lost though. I felt the connection between Drew and Rose right away and never questioned their attraction or pull to one another. I loved these two together and enjoyed all the moments where they interacted. There was a lot of steam whenever they were around one another. I hope we see more of them if Amber is continuing with any more characters from this series. I really hope she writes a book for Phillip the older brother. He needs a feisty woman in his life to set him straight. Overall an enjoyable, steamy and sweet read.

Books in this Series:

What next? If there was a script to forbidden exhibitionism, I had never read it. I moved with pent-up desire, acted on ideas unformed. I trailed my palms up my stomach and lifted my small breasts like an offering.

I wanted his hands on me, wanted him to touch and caress and pinch me, so I did it myself, grasping my nipples between my thumb and forefinger. I squeezed slightly, and as if he were connected to me, as if he had done it, his body jerked infinitesimally.

Was he excited? I knew enough to look for a bulge at his crotch, but it was too dark to see. I wished he could tell me what he wanted me to do, but maybe that would ruin the illusion of safety. From fifteen feet away, I watched him lick his lips and heard the tacit message.

I put a finger to my lips and licked, slightly exaggerated so that he could see. He leaned forward slightly—yes, more. I sucked the finger into my mouth and could have sworn his hips moved slightly where they rested against the car. Trailing my wetted finger over my chest, I circled my nipple and pinched again, savoring the bite of cold air and hard pressure.

I let down my hair from my tower in the form of secret glimpses, and like Rapunzel, I needed exposure like I needed air. He joined me with his arousal, in the commands conveyed with his body. We communed in a language of our own. Climb to me. I don’t want to be alone.

An ache built in my sex under the weight of his stare and my own touch. My hips moved in answer to his, finding an instinctive rhythm.

I reached for the band of my sweatpants, then paused. Panties too? Too much. I pushed down the pants but left the matching pink bikini panties on.

There was no way I could have heard, but I could have sworn he groaned. I imagined tiny molecules of air vibrating at the sound, traveling all this way and whispering against my lips.

I tucked my fingertips beneath the soft, stretchy hem of my panties, but then he wouldn’t be able to see. Instead I slid my palm over my covered sex and slipped beneath the strip of fabric between my legs. Wet heat met my questing fingers, more slippery than I had ever felt it when alone in my bed. I teased myself along the slick outer lips before sliding upward in search of a particular place—there.

My knees threatened to buckle from the pleasure that coursed through me, from the hard training of the day. I braced myself against the window, one hand on the glass and the other on my clit. It did more than sustain me, it connected me to him, an arc from the outside in, and the result was electric.

He leaned forward, gripping the top of the open door. I watched his other hand ball into a fist before letting my eyes fall shut, imagining that hand on me, holding me just as tightly, bruising me so I would never forget.

I didn’t know whether the words came from him or me, but I let the currents pull me along, let the arousal swirl faster and deeper until I couldn’t find the surface, couldn’t breathe—could only buck and moan and spill all over my furiously rubbing fingers. My stuttered moan was loud in my ears, filling my room before it dropped off into a sigh. 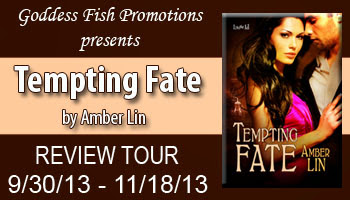