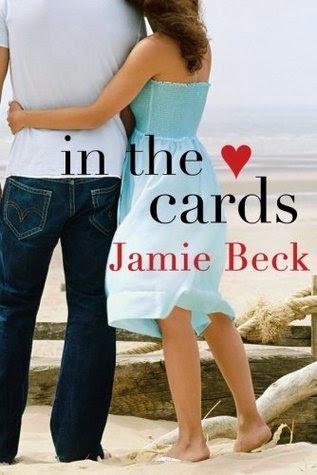 Lindsey Hilliard flees her charmed life in New York, searching for answers after her fiancé’s betrayal fills her with self-doubt. Unfortunately, her rented Malibu home is next door to Levi Hardy, the sexy but insufferable man who humiliated her years ago.
Hardened by a grim past he keeps concealed, Levi prefers maintaining a comfortable distance from folks, especially a nosy princess like Lindsey. But then a motorcycle collision brings him to his knees, forcing him to accept her assistance with his recovery. Sparks begin to fly when the woman who doesn’t believe in herself teaches the cynic how to have faith in others. Levi realizes his body will recover, but his heart won’t if Lindsey returns to the ex who wants her back.
In the biggest gamble of his life, Levi teaches her to trust her own voice, and hopes she’ll use it to say good-bye to her past and hello to a future with him.

Did you know that more than ninety percent of all communication is nonverbal? Levi Hardy, the hero of IN THE CARDS, does. He also knows how to read those cues better than most.
Why? Because his con artist father chose to take Levi out of the classroom at a tender age in order to teach him street smarts. During the decade he spent on the run with his dad, Levi honed the fine art of observation while also mastering the game of poker. As he matures, his ability to discern a person’s mood and thoughts by evaluating their pupils, posture, eye and facial ticks, grooming, and other signals becomes his security blanket. A blanket he uses to keep people at a distance in order to avoid being duped or betrayed, like he was by his mother when she abandoned him before his tenth birthday.
Ashamed of his father’s profession, he breaks free once he turns eighteen and starts to build himself a better life. As a result of his past, he detests lies of any kind, including self-deception. Levi may be gruff and distant, but he means what he says and says what he means, and can’t tolerate those who don’t.
When he first meets Lindsey, he’s immediately aware that she’s lying about her age and harboring a little crush on him, but he’s got little time or interest in her pampered life or naïve opinions. Then fate reunites them later in life when Lindsey is at a crossroads.
Although she looks vaguely familiar and he’s aware she’s hiding something, he can’t quite place her or put his finger on her motives.  When he finally remembers their first meeting, his distrust kicks into high gear and he asks her to leave him alone.
But Lindsey’s a nurturer, and when Levi gets in an accident and needs her help, she becomes determined to find a way to crack his hard shell.  While she’s distracting herself from her own problems by caring for him, Levi is able to uncover a lot about her simply from observing her behavior and interactions with others. He uses the information to push her toward being more honest with herself and others about her own needs and wishes.
In turn, she quickly becomes attached to the man who sees and accepts her for who she is rather than demanding she become who he wants her to be—a novel experience for a girl who has spent her life living up to the expectations of others. Soon their feelings deepen from friendship to something riskier and, for Levi, quite terrifying.
Of course, there are hurdles to overcome before they earn their HEA. If you want to learn more them, you’ll have to pick up the book!
Thanks for sharing some of your time with me today. Before you go, I’d love to know whether you think you’re good at reading nonverbal communication, and if so, how it’s helped you in your relationships?

Jamie Beck is a former attorney with a passion for inventing stories about love and redemption. In addition to writing novels, she also pens articles on behalf of a local nonprofit organization dedicated to empowering youth and strengthening families. Fortunately, when she isn’t tapping away at the keyboard, she is a grateful wife and mother to a very patient, supportive family.